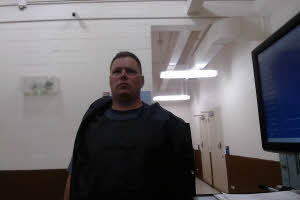 Deputy Robert Watson of the McDowell County Sheriff’s Office charged 35-year-old Brian Keith Wright of Old Fort with Felonious Assault with a Deadly Weapon with Intent to Kill. Wright was given a $75,000 secured bond.

On May 19th, Deputies with the Sheriff’s Office responded a residence in Old Fort where the victim said a relative tried to shoot him. Deputies located Wright who was armed with a 9mm handgun near the residence. He was taken into custody without incident. The victim was unharmed, but his heat pump was damaged by the fired bullet.