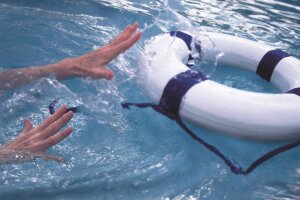 A 13 year old male from the Asheville area died from a drowning incident on Sunday May 22nd,2022. He and several family members were swimming in the river between Bat Cave and Chimney Rock, inside of Rutherford County. It is believed the young man was pulled under water by the swift river current.

Several fire departments and rescue teams responded, as well as a dive team out of Henderson county, which ultimately  located and recovered the young man’s body.