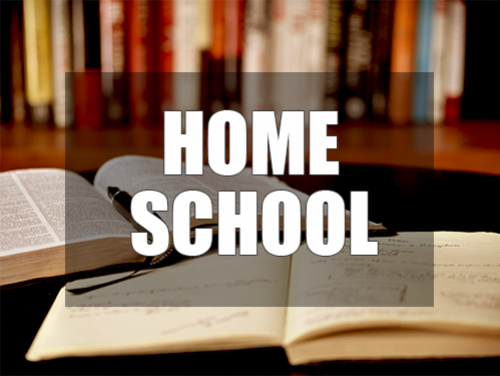 The idea of compulsory school attendance for children is not a new or radical one in modern society. The World Bank reports that, of the globe’s nearly 200 recognized nations, only a tiny handful fail to mandate school attendance.

At 12 years, the U.S. slightly exceeds the global average of 10 years’ required attendance, but there are several with even higher expectations. A number of Latin and Central American nations require anywhere from 13-15 years. In Germany and the Netherlands, it’s 13.

Of course, putting a school attendance requirement on the books and enforcing it (or, for that matter, actually providing a genuine and worthwhile attendance option) are very different things. Children, with or without their parents’ blessing, have been dropping out of school early for centuries. And though those numbers have been on a downward trajectory in recent decades, millions of American children have gone this troubling route in recent years.

Still, for all of the challenges it presents, the benefits of mandatory school attendance – to children and overall societal well-being – are beyond question. Especially in a world in which misinformation runs rampant and the options for earning a living income through untrained labor continue to dwindle rapidly, our society does its children and their collective future a grave disservice by taking a laissez-faire approach to the subject.

All of which brings us to the discussion that took place at a recent meeting of the state legislature’s Joint Legislative Oversight Committee on General Government. As NC Policy Watch journalist Clayton Henkel reported, the meeting featured, among other things, a deeply troubling  “progress report” on the reporting system that the state employs for the tens of thousands of children whom we have reason to believe are receiving their state-mandated education in homeschools.

Consider the following numbers revealed at the meeting:

According to Dr. Chena Flood, the director of the state’s Division of Non-Public Education, her office has more that 112,000 homeschools on record with a total estimated enrollment of 179,990 children. What’s more, the numbers are growing rapidly. During the 2020-21 academic year, parents filed 19,454 “notices of intent” to open new home schools — a 105% increase over pre-pandemic filings. Another 12,314 notices were filed between July 2021 and January of this year.

And the total staff that Flood’s office employs to oversee these schools which educate 10% or more of the state’s schoolchildren?

That number would be six.

No, that’s not a misprint or a joke. To monitor a population of children that would fill Raleigh’s Carter-Finley Stadium more than three times over, our state employs a group of individuals too small to run even a single public school. And just to add to the absurdity of the situation, Flood’s staff isn’t even a part of the Department of Public Instruction; it’s housed in a catchall agency known as the Department of Administration.

Of course, the practical and obvious reality revealed by such preposterous numbers is that our state provides zero meaningful homeschool oversight. And the office’s plan to hire three temp workers to help clean up the homeschool database clearly isn’t going to make a meaningful difference.

As Flood told the committee, for instance, while state law technically requires a test be administered to homeschool students before they can “graduate,” the students need not pass it.

And while for some children this is not a serious problem, for many others, it obviously makes for an outrageous situation.

Some students, for example, are undoubtedly receiving “science” instruction from demonstrably inaccurate curricula that wrongfully question the fact of evolution and intersperse statements of conservative Christian belief. Still others, worrisomely, aren’t receiving any meaningful instruction at all.

To make matters even more ridiculous, Dr. Flood’s tiny office lacks any authority to do anything about homeschools that fail their children – or even those that simply refuse to communicate or provide any access to school records.

“The statute does not say that we can close them for not providing us with that information,” Dr. Flood told the committee.

The situation is so patently dysfunctional that even one of the General Assembly’s most conservative members, Senator Bob Steinburg (R-Camden), expressed concern at the committee meeting and urged the state to “amp up” homeschool monitoring so that “kids don’t get lost.”

The bottom line: America is a free country in which parents do and should have tremendous autonomy over how their children are raised. But it’s also true that such parental freedom comes with responsibility – to abide by basic societal norms and to prepare children for a life as citizens.

And unless North Carolina intends to abandon these basic premises of a democratic society in favor of an anarchic, every-person-for-themselves free-for-all, state leaders should take swift action – including a dramatic expansion of professional staff – to get a handle on the homeschool situation as quickly as possible.