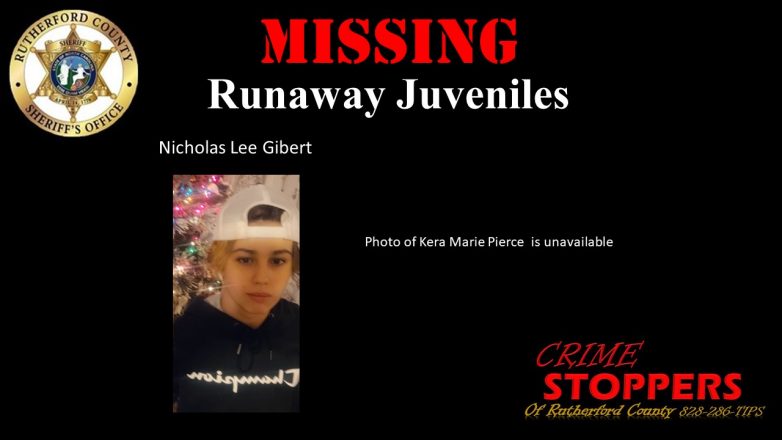 Nicholas Lee Gibert is a 14-year-old white male that is 5’2″ tall with blonde hair and brown eyes. He weighs about 115 pounds and was last seen wearing a black hat, black hoodie, blue jeans with holes and red Vans shoes.

Kera Marie Pierce is a 15-year-old white female that is 5’4″ tall with black hair and brown eyes. She weighs about 130 pounds and was last seen wearing a red and black tie-dye hoodie and blue jeans.

An image of Gibert is included in this message. At this time, a picture of Pierce is not available.