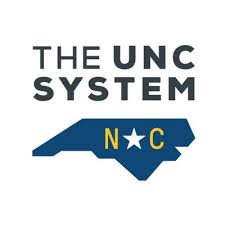 A UNC-Chapel Hill investigation of its own faculty was much wider and deeper than previously disclosed, according to new documents released under state open records law .

Documents released last week show the probe went beyond reading faculty members’ emails to searching backup systems on their computers. It may have included as many as 22 separate faculty members.

As Policy Watch reported last August, UNC-Chapel Hill launched an investigation into a leaked donor agreement that included examining faculty member emails without their knowledge and asking them to sit for questioning.

At issue: the agreement between the university and Walter Hussman, the wealthy Arkansas media magnate whose $25 million pledge to the university’s journalism school led to it being renamed for him.

Hussman was at the center of the controversy over a tenure vote in the university’s failed attempt to hire Pulitzer Prize-winning journalist Nikole Hannah-Jones. When it was revealed Hussman lobbied against Hannah-Jones’s hire behind the scenes and had confidential details of the hiring process students, faculty and alumni began asking larger questions about his relationship with the university.

The Hussman contract, which the university considers confidential, was published by the News & Observer on July 14. The university announced an investigation two days later, seeking to determine how the paper got the document.

The university argues any leaked donor agreement endangers the confidentiality of all such contracts, which could in turn have a chilling effect on donations.

By the time the university launched its investigation, the Hussman document had been shared widely, including on a faculty email listserv where dozens of faculty members could access and forward it.

As Policy Watch reported, the school asked to question at least two professors in the journalism school – Deb Aikat and Daniel Kreiss – as part of its investigation. Kreiss declined. As part of his questioning, Aikat learned the university had accessed his university emails without his knowledge.

The revelation led to swift condemnation from staff, open government advocates and  the Foundation for Individual Rights in Education (FIRE), which sent a letter to Chancellor Kevin Guskiewicz warning the investigation appeared violate the First Amendment rights of faculty members.

“I have been at this university for 27 years,” Aikat told Policy Watch Wednesday. “I have never seen such illicit overreach. And for what?”

The new documents, released last week in response to public records requests filed seven months ago, show the investigation went well beyond Kreiss and Aikat and beyond the reading of faculty email.

In an email to fellow faculty Wednesday, Kreiss said what they reveal has “sweeping and disturbing implications for faculty, staff, and research at this institution.”

“As a reminder, all of this was ostensibly in pursuit of an inquiry into a leaked donor agreement that the University later admitted was a public record,” Kreiss wrote. “As reporting and a letter by the Foundation for Individual Rights in Education (FIRE) has made clear, the University has never presented any evidence, nor has there ever been any evidence produced more generally, that these Hussman faculty had access to the donor agreement before the media.”

The university’s accessing faculty data without their knowledge has worrying implications beyond this donor agreement, Kreiss said.

“I run a center that works on extremism,” Kreiss said. “I have a lot of data that is sensitive, that includes data under NDAs from major platform companies, stored on my computer.  I was not aware that data would have a lot more touch-points.”

Kreiss said experience of being targeted in this investigation, and the disrespect with which faculty has been treated throughout this controversy, has had real consequences for faculty morale and confidence in the university’s commitment to its mission.

“I’m one of the initiative co-leads for the UNC Strategic Plan around promoting democracy,” Kreiss said. “I resigned from that today.”

The revelations of these new documents had a direct impact on that decision, Kreiss said.

“If we don’t have basic principles of transparency and due process in faculty governance and public justification and accountability with our faculty and staff, how can I in good faith promote democracy on campus?” Kreiss said.

Ryan Thornburg, an associate professor at the university’s journalism school, is part of a collective that requested the documents along with a number of reporters and organizations seven months ago.

The email chain in the new documents shows communications between Blouin, General Counsel Charles Marshall and senior university counsel Kara Simmons. Everything Marshall wrote was redacted from the newly released documents, but the emails show Simmons asking to add names to the list of those being investigated and for access to their Microsoft Office 365 cloud storage space and a separate backup system. Blouin repeatedly approved.

Using a formula taking into account the number of characters redacted from emails requesting access to specific accounts and the average length of faculty members named, Thornburg said he was able to estimate that as many as 22 faculty members may have been targeted in the probe.

“In my mind, it’s important to understand when a government agency is using its power to monitor communications of academics and journalists,” Thornburg told Policy Watch Wednesday.

“It’s too bad the University took seven months to respond to the records request, but it is not unusual,” Thornburg said. “I do think this is in some part due to the volume of requests, but I also believe it is part of the University’s strategic communication plan. That plan may be very effective in the short run, but in the long run I worry that it erodes the public’s trust and patience.”

Thornburg said that when he files a public records request, he doesn’t assume anything about the response except that it will be timely and complete. In this case, he said, the university’s response – seven months in coming and highly redacted – was neither.

Policy Watch recently received documents from UNC-Chapel Hill and the UNC System pertaining to public records requests filed as long as two years ago. Those requests were handled at the UNC System level.

“It’s also too bad they finally got around to sharing this information during what was supposed to be a week of major celebration for the School,” Thornburg said. “We are inducting new members into our halls of fame and dedicating a new building that caps years of work by a lot of generous and hard-working people. But, perhaps, we can see this effort to improve transparency and accountability of an important and powerful government institution as a celebration that we live the values we teach here.”

The university swiftly launched an investigation into how the Hussman agreement was made public. But no comparable investigation appears to have been launched into how Hussman, an alum outside of the hiring process, was given access to confidential information and documents in Hannah-Jones’s hiring process. That same information, part of a confidential personnel process, was not available to reporters or the general public.

Thornburg, who has been part of hiring processes at UNC-Chapel Hill, said he always keeps such information confidential. It isn’t clear why Hannah-Jones’s information was not similarly kept within the process, Thornburg said.

“You want our alumni to be engaged, but you also have to draw a line at some point,” Thornburg said.

That line generally does and should include things like details of hiring decisions and research, Thornburg said.

“We’re obviously still working on where that line is,” he said.

It’s possible, Thornburg said, that university administrators did communicate to Hussman that confidentiality should limit their communications with Hussman on Hannah-Jones. If that happened, no such documentation of it has yet been found.

“I do worry about the inability of our leadership to draw lines where I think they should be drawn,” Thornburg said.

“If you are really concerned with anything that is corrosive, with making public private information, you would start with confidential personnel information being given to someone outside of the personnel process,” Kreiss said.

“I have to assume that these same practices, policies and informal agreements are still in place in terms of donors and donor influence in various aspects of the university’s life, because I haven’t seen any indication that’s changes,” Kreiss said. “I’ve seen far more resources and time devoted to going after faculty members around the supposed leak of information on a donor agreement than has been put into questions about our tenure and hiring processes, who has access to that information and whether it is in fact confidential.”

Aikat said both the investigation into faculty and Hussman’s access to hiring and tenure information set terrible precedents.

“If we are not told when investigators may be accessing the information in our e-mails and on our computers, without our knowledge and without any warning, if we don’t even know who has this access, how can we have confidence that we can keep confidential the things that should be confidential?” Aikat said. “And if donors can be given access to information they tell us should be confidential without our knowledge and without any consequence or investigation or anything, how can anyone who applies for a position or undergoes the tenure process believe that it is confidential and that it is fair?”