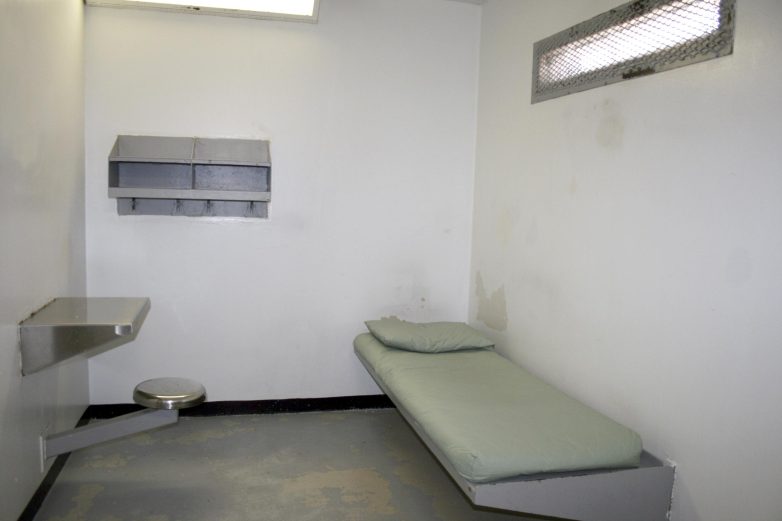 Groups call for end to solitary confinement in NC prisons

By James Burrell
In Courts & the Law

Kerwin Pittman spent a total of 1,000 days alone, living in a drab prison cell the size of a small bathroom. He slept on a slab. His sink was connected to the toilet and lacked hot water.

When Pittman was allowed to leave his cell to go outside – an hour per day – he went inside a cage under full wrist and ankle restraints. He compared the experience to being in a dog kennel for the guards to observe.

“Solitary confinement is not meant, by no means, to rehabilitate you,” Pittman said at a recent event, held in Raleigh on U.N. International Day in Support of Victims of Torture, June 26.

Pittman had been convicted of conspiracy to commit murder. He served 11 and half years in North Carolina prisons, roughly a third of which were spent in solitary confinement, including a solid year at Scotland Correctional Institution in Laurinburg. He was released from prison about five years ago.

“It is meant to break your spirit. Solitary confinement is for those who they consider the worst of the worst and those who are unbreakable. And they will leave you back there and not care.”

Pittman is the director of policy and program of Emancipate NC, a nonprofit combating structural racism in the criminal justice system. He recalled his vent mate — how incarcerated people in solitary confinement communicate — whom he called TK, whose last name was Watkins.

Pittman said after about two months in solitary confinement, Watkins’s mental state deteriorated. He would also smell and hear that Watkins was playing with his feces; prison guards allegedly pepper-sprayed and hogtied Watkins and threw him into a shower.

He would also hear Watkins cry.

“Just seeing him deteriorated in all honesty – if you weren’t strong would break your soul,” Pittman said.

“In those spaces, I will never forget hearing grown men cry. One of the things that remain etched in my memory is hearing a grown man cry in his cell. And the echoes of his cries off of the walls coming from under the doors and coming under my door and into my cell.”

While Pittman managed to stay sane by reading, working out and being vigilant toward the guards, he felt someone like Watkins did not get the proper help – mentally or physically.

Pittman said the mass incarceration system fails to help individuals mentally or socially. He also emphasized building more mental health institutions instead of prisons, which he said is the correct way to combat issues instead of torture and solitary confinement.

Along with his work in social justice, Pittman also sits on the state Re-entry Council Collaborative and the NC Task Force for Racial Equity in Criminal Justice, both created by Gov. Roy Cooper.

But even with Gov. Cooper’s initiatives, more than half of the prison population in the state is Black. In addition, 80% of those in the most severe level of solitary confinement are people of color.

Thus far, Gov. Cooper and NC Attorney General Josh Stein have made no effort to end solitary confinement. Nor has the General Assembly created legislation to end it.

Maha Hilal, who has a doctorate in Philosophy Justice, Law and Criminology, is a researcher and writer on institutionalized Islamaphobia, also spoke at the event. She is the author of the book “Innocent Until Proven Muslim: Islamaphbioa and, the War on Terror, and the Muslim Experience Since 9/11.”

“At Guantanamo, there is a harsh logical reality in the United States that is built on white supremacy, anti-blackness and deep anti-blackness,” Hilal said. “Black Americans are who the mass incarceration system started to target as a legacy of slavery, xenophobia and Islamaphobia and many other systems of oppression.”

Hilal also said these torture practices and prejudice had existed long before 9/11.

“It predates 9/11, it predates the war on terror, yet the discourse continues to tell us that torture is not a practice of the U.S.”

According to a 2018 report by The North Carolina Commission of Inquiry on Torture, the company has allegedly flown at least 49 Black and brown individuals, all Muslim, to so-called rendition sites, where they were later kidnapped and tortured.

Human rights activists have called on the state to investigate Aero Contractors since 2005 when The New York Times broke the news of the company’s working with the CIA’s torture program.

Gov. Cooper has been aware of the matter since at least 2007 when he was the state’s attorney general, but there has not been any public acknowledgment by government officials since then.

With this, Hilal said that the U.S. prison system uses Muslims to justify violence against incarcerated people.

“Muslims have been constructed as inherently evil, inherently barbaric, and inherently terroristic and inexplicably angry,” she said.

“What purpose do these constructions serve the United States? Their purpose is to say that we cannot reason with these individuals. Therefore, brute force is the only possible intervention. So whether we are talking about torture, surveillance, or murder, that logic applies across the board.”

James Burrell is a summer journalism fellow with NC Policy Watch, sponsored by the States Newsroom. He graduated from NC Central University, where he co-edited the student newspaper, the Campus Echo.