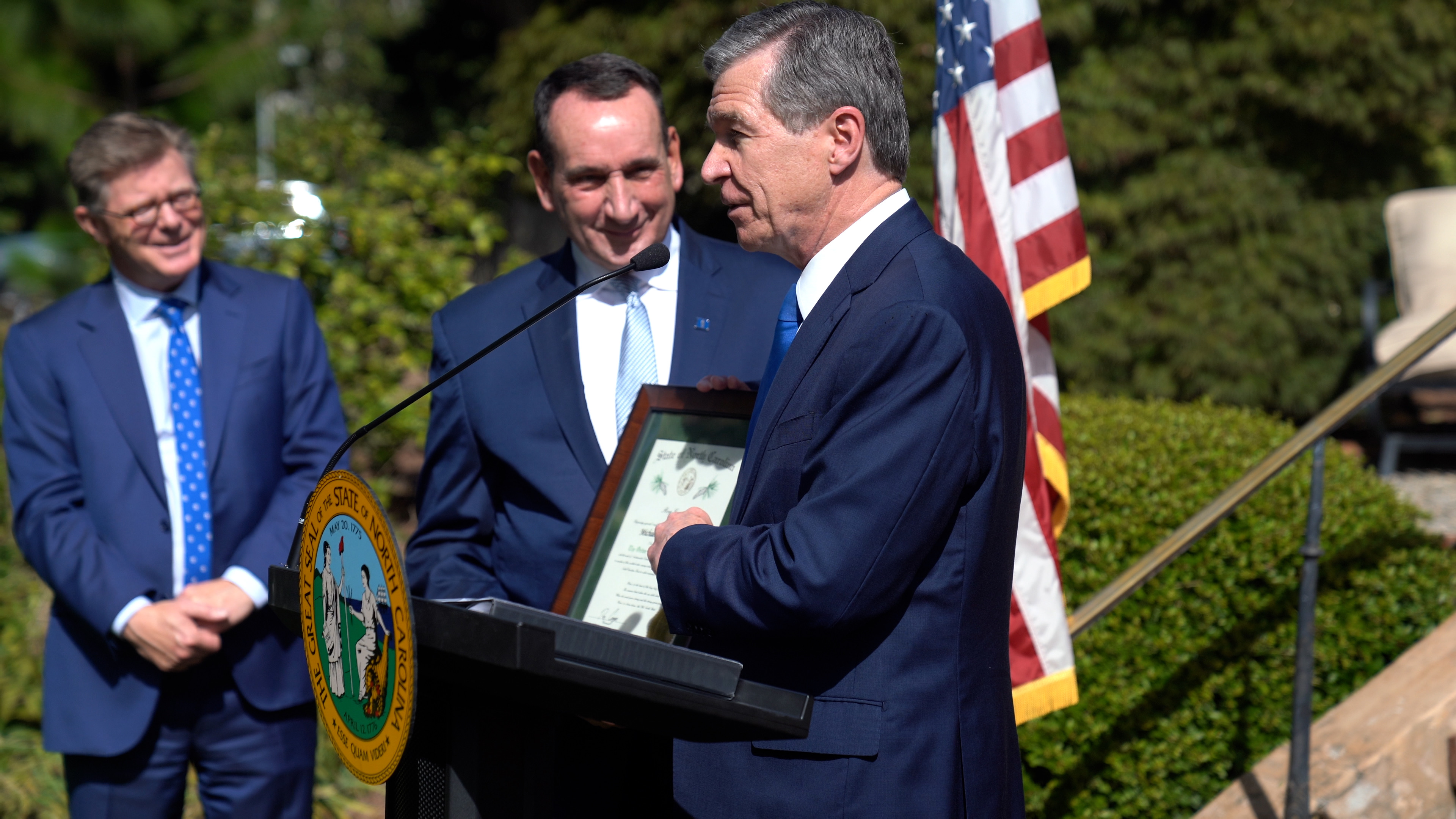 “Thank you for your dedication to the young people you’ve served on and off the court, and congratulations on joining the company of so many outstanding North Carolinians,” Governor Cooper said. “No matter what shade of blue you wear on game day, it’s impossible to deny the essential role that Coach K has played in uplifting education, preparation for life, Duke University and, of course, the greatest rivalry in sports history.”

“I’m a North Carolinian. It’s been an honor to be part of Durham and see Durham grow into the magnificent city it has become,” Coach Mike Krzyzewski said. “It’s an amazing honor for me to accept the award, not only for me, but for my family and for Duke, because it’s a team award.”

“It means so much for us gathered here to honor the great Coach Krzyzewski,” Duke President Vincent E. Price said. “His name is not only on our court, it’s also on buildings across Durham, it’s in the minds of everyone who loves college basketball, and it’s in the hearts of loyal Duke fans around the world.”

In addition to his successes on the court, Krzyzewski has been recognized nationally for his philanthropic efforts, and is known for his efforts to mentor students. He is an honorary chairman of the Duke Children’s Hospital and on the board of the Jimmy V Foundation for Cancer Research. He also started his own charity, the Emily K Center, a non-profit organization in Durham that provides quality educational experiences to young students in the community.

Prior to his career at Duke, Krzyzewski served in the Army, directing service teams for three years and served as Head Coach at the U.S. Military Academy at West Point.