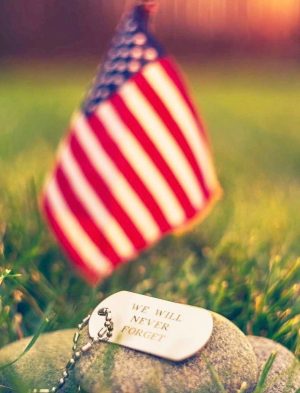 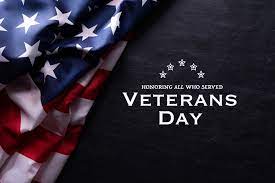 Today is Veterans Day. It is a day we stop as a nation and say thank-you to all who have served with the US Military. “As we express our gratitude, we must never forget that the highest appreciation is not to utter words, but to live by them.” –John F. Kennedy

Veterans Day celebrates the service of all United States military veterans, while Memorial Day honors those who have died while in military service. Armed Forces Day, which also occurs in May, honors those currently serving in the US military. 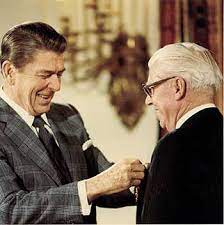 The first celebration using the term Veterans Day occurred in Birmingham, Alabama, in 1947. A World War II veteran, Raymond Weeks, organized “National Veterans Day,” which included a parade and other festivities, to honor all veterans. This was held on November 11, which was called Armistice Day at the time. The name Veterans Day itself did not officially come into being until 1954.

World War I officially ended with the signing of the Treaty of Versailles on June 28, 1919. However, the fighting ended about seven months before that. The Allies and Germany put into effect an armistice on the eleventh hour of the eleventh day of the eleventh month.  Nov. 11, 1918, was largely considered the end of “the war to end all wars” and dubbed Armistice Day.

In 1926, Congress officially recognized it as the end of the war, and in 1938, it became an official holiday, primarily a day set aside to honor veterans of World War I.

Then World War II and the Korean War happened, so on June 1, 1954 Congress amended the commemoration yet again by changing the word “Armistice” to “Veterans” so the day would honor American veterans of all wars.

“A lot of people think it’s “Veteran’s Day” or “Veterans’ Day,” but they’re wrong. The holiday is not a day that “belongs” to one veteran or multiple veterans, which is what an apostrophe implies. It’s a day for honoring ALL veterans …. so no apostrophe needed.” 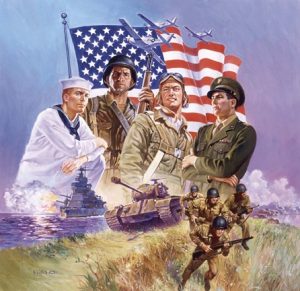 In 1968 Congress signed the Uniform Holiday Bill to ensure that a few federal holidays, Veterans Day included, would be celebrated on a Monday. Officials hoped it would spur travel and other family activities over a long weekend, which would stimulate the economy.

The bill set Veterans Day for the fourth Monday of every October. On Oct. 25, 1971, the first Veterans Day under this new bill was held. It took three years to implement this change, but not surprisingly, there was a lot of confusion about the date change, and many states were unhappy, choosing to continue to recognize the day on November the 11th.

Within a few years, most U.S. citizens made the government aware that they wanted to celebrate Veterans Day on Nov. 11, since it was a matter of historic and patriotic significance.

So on Sept. 20, 1975, President Gerald Ford signed Public Law 94-97, which returned the annual observance to its original date starting in 1978.

World War I was a multinational effort, so our allies also wanted to celebrate their veterans on Nov. 11. The name of the day and the types of commemorations do differ.

Canada and Australia both call Nov. 11th “Remembrance Day.” Canada’s observance is pretty similar to ours, except many of its citizens wear red poppy flowers to honor their war dead. In Australia, the day is celebrated more like our Memorial Day. Great Britain calls it “Remembrance Day” also, but observes it on the Sunday closest to Nov. 11 with parades, services and two minutes of silence in London to honor those who lost their lives in wa

“Never was so much owed by so many to so few.” -Winston Churchill

On this day we not only should take time to remember but to thank those who served in the military. This is why you see so many “Veterans Specials” at restaurants and businesses around the country.

Douglas MacArthur said “Duty, honor, country: Those three hallowed words reverently dictate what you ought to be, what you can be, what you will be.” 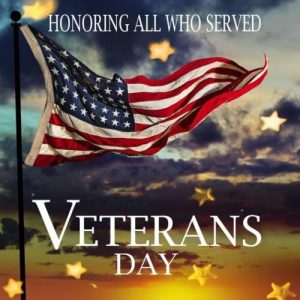 Here in American we take the day off, there are parades that honor those who served but let us not forget to take the time to personally thank any veterans that we know for defending the right to freedom that we all enjoy.

In the words of Lee Greenwood’s famous song God Bless The USA “I’m proud to be an American, where at least I know I’m free. And I won’t forget the men who died, who gave that right to me.”

May we never forget all then men and women who served…… Thank you Veterans!