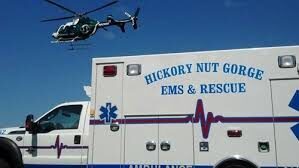 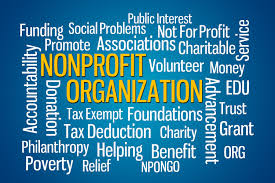 Lake Lure- Back in August it came to my attention that Hickory Nut Gorge Volunteer EMS and Rescue (HNG Volunteer EMS) based in Lake Lure had lost their non-profit 501(c)3 status for failure to file with the IRS for three consecutive years. Their status was revoked November 15, 2019.

I contacted the then Chief Amy Dalton who told me it was a mistake and that she would have their 990’s sent to me. After waiting a few weeks with no 990’s evident I contacted Frankie Hamrick, Rutherford County Fire Marshall, who is HNG Volunteer EMS Board of Directors Chair. I explained that Chief Dalton had not gotten back to me. He said she was no longer with the organization and he was acting Chief.

I was concerned as their previously filed 990’s along with the amount the county had given them showed potential revenue in excess of $750,00 during the three year period that they did not file their taxes. See previous article : Revocation Of Non-Profit Status Hickory Nut Gorge EMS and Rescue.

On September 25th I received this letter from the HNG Volunteer EMS and Rescue Board:

“To Whom It May Concern,

Over the course of the last 5 years, Hickory Nut Gorge EMS & Rescue has undergone several changes. These changes have been made in order to improve our agency and our response to the citizens of Rutherford County. One major change was broadening our service area to improve response time. Internally, we have also changed billing companies and accounting offices in order to improve funds and finances. During these transitions, we were temporarily involved with another accounting firm that noted several IRS forms had not been completed by a previous accounting office. Extensions were granted to our organization to get everything back in order. We made one more transition to our newest and current accounting office. Our newest accountants have helped us extensively in the short time that we have worked with them. Shortly before the start of the COVID-19 pandemic, a notification was received by prior administration that our 501C3 status had expired. Progress on this was significantly delayed due to the pandemic. But our newest accounting office has worked diligently to get the status reinstated. Our understanding is that within the next 15-30 days, our 990 forms will be complete and our 501C3 status will be reinstated back to the day it expired so that no donation will be affected.

Hickory Nut Gorge EMS & Rescue board members are currently working hard to ensure that these problems will not arise again in the future. We apologize for any inconvenience & confusion this has caused and greatly thank the community for the past & continued support we receive. 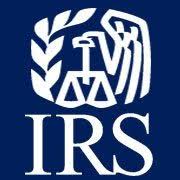 It is well beyond the 15-30 days they mentioned and no 990’s have been seen as of yet and the revocation with no reinstatement is still listed on the IRS website as of November 8th. If in fact they had been granted an extension there should be some type of IRS documentation stating that.

My concerns were not only the loss of their 501(c)3 status but what was their educational certification status since the county contracts with them for Emergency Services. If they were not filing taxes then what else were they not doing?

I do remember when they were awarded the contract with the county back in 2017 one of the major concerns was that the people of Lake Lure and Chimney Rock would not receive adequate EMS coverage if they (HNG Volunteer EMS) were responding to county wide EMS calls.

Case in point: An incident last year at Lake Lure Classical Academy during a school basketball game had an injured student waiting over thirty minutes for EMS to arrive. He had a fracture so severe it required surgery at Mission Hospital in Asheville.

I also have been contacted by several members of the community concerned about their family members receiving what they felt was substandard care. One even went as far as saying “they let my husband die.” After years of being involved in EMS and hospital emergency care I do realize that things do happen that can be misconstrued by the general public, however I too became witness to an emergency call that Hickory Nut Gorge was dispatched to by Rutherford County 911.

My elderly neighbor fell and fractured his hip on Sept. 16th. Hickory Nut Gorge Volunteer EMS responded to the call. I was appalled at the extreme substandard level of care and apparent lack of training both members of their EMS team exhibited.

I previously taught Basic EMT triage of accident victims through Isothermal Community College. These two did not even perform the most rudimentary of examinations on the scene. They did not access the patient for any other injuries or medical issues nor even take his vital signs. He was moved and jerked around so badly that his daughter-in-law (a nurse also) and I intervened and helped move him.

Once he left for the hospital I immediately contacted the County Manager and EMS director Kerry Giles with a written complaint of how the call was handled. Ms. Giles responded that she would give the complaint to Mr. Hamrick who was the acting Chief of Hickory Nut Gorge Volunteer EMS and Rescue.

I have as of yet to be contacted concerning my complaint. I sent a follow up email to Ms. Giles on October 13th and was told it would be brought up for review at their next meeting. In the meanwhile my elderly neighbor lost so much blood from the incident he is now anemic and it is affecting his post-op healing process as well as necessitating visits with additional medical specialists.

Hickory Nut Gorge Volunteer EMS and Rescue’s contract with the county states specifically as to their fiscal as well as educational/competency responsibilities to the County.  (See contract images below)

I have several questions for the County at this point. 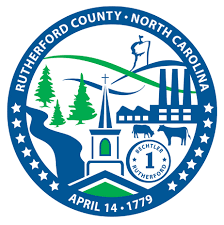 1) Is not filing taxes for three years considered a breach of contract as a non-profit with Rutherford County? (See contract at end of article.)

2) What about everyone who donated to their organization since November 15, 2019 being told it was tax deductible when in fact it was not? Will they get their money back if asked for?

3) Is it not a conflict of interest for the Fire Marshall of Rutherford County (a county employee) to be acting Chief of an organization that is operating under a financial contract with his employer?

4) Are the citizens of Rutherford County endangered due to receiving substandard medical care from Hickory Nut Gorge EMS?

5)  Is Rutherford County EMS Medical Director Dr. Guy Winker aware that they (HNG Volunteer EMS) are operating under his medical license and as such he is responsible directly for their quality of care?

6)  In the event of a lawsuit is the county aware that they too as well as Dr. Winker are party to medical malpractice and negligence in the lack of training or appropriate response to an emergency call that they authorized by contracting for HNG EMS to respond to? Even if their contract says they are not responsible for HNG Volunteer EMS and Rescue they have in fact contracted with them to provide a service and as such are held to be legally responsible for making sure that they have adhered to the conditions of the contract.

I feel that the citizens of Rutherford County deserve answers to these questions. Dr. William Burch started Hickory Nut Gorge EMS back in 1977. I knew him personally as I worked with them as a volunteer early in my medical career. He was a stickler for education and proud that he kept us all up to date on the latest techniques of rescue and EMS. He would be appalled at this situation.

The people of this county deserve proper medical care during an emergency. If a volunteer organization cannot meet the demands of the job they are contracted to do then the county needs to cancel the contract and  fund adequate professional coverage of the citizens of our county.

If a 501(c)3 cannot meet the criteria for sustaining a non-profit status then it in fact does not deserve to be a non-profit and as such should be disbanded. This is a terrible shame as there is no real EMS coverage of the western part of the county without this organization. No one wants them to fail but if they refuse to be accountable to not only the public but the county and the IRS, then it seems as if they already have failed as a 501(c)3 organization. At this point it appears it would behoove the County to absorb them and their equipment into the county EMS system and have fiscal control as well as EMS coverage for the citizens of Rutherford County. 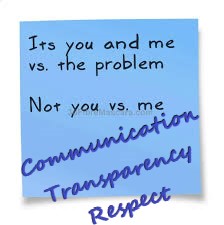 Communication, Transparency, and Respect are essential in government operations. This is not just about not reporting three quarters of a million dollars in revenue to the IRS. This is also about quality of care. This is a situation that cannot be ignored by our county leaders. Lives very well may depend on it.

I will update this article as information becomes available concerning their 990’s and the status of the organization.

If you have any questions or concerns please send them to debkellercares@gmail.com and I will attempt to get them answered for you.  (all communications are confidential) 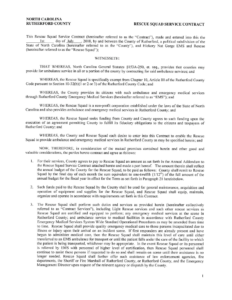 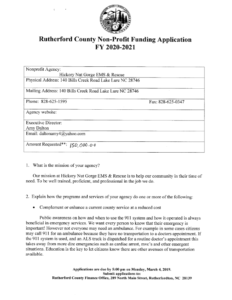 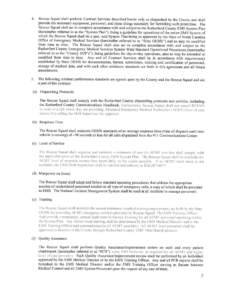 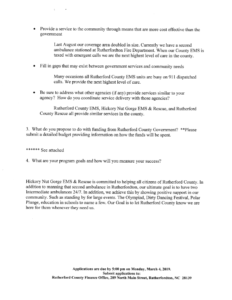 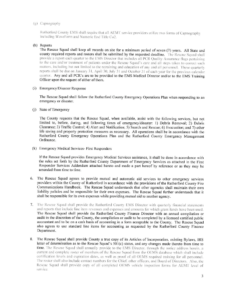 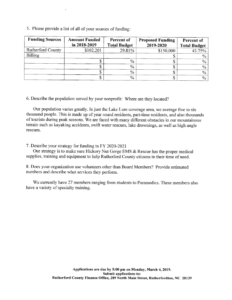 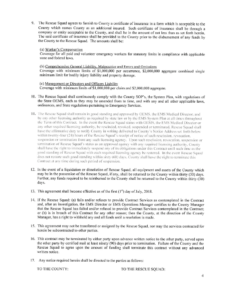 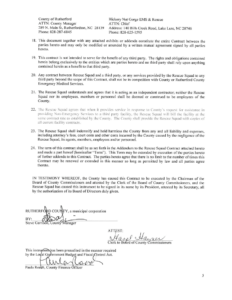 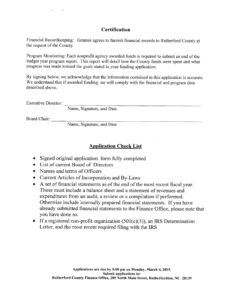 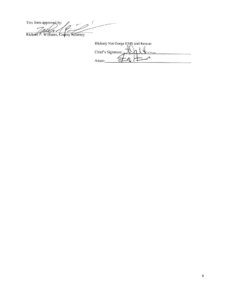 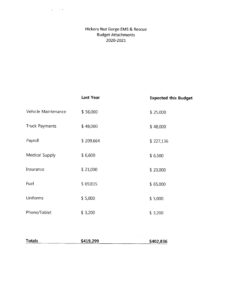 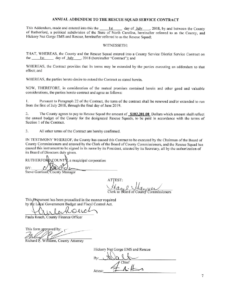 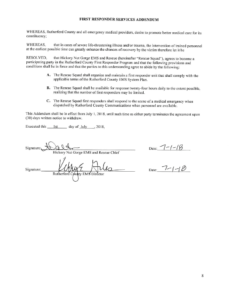