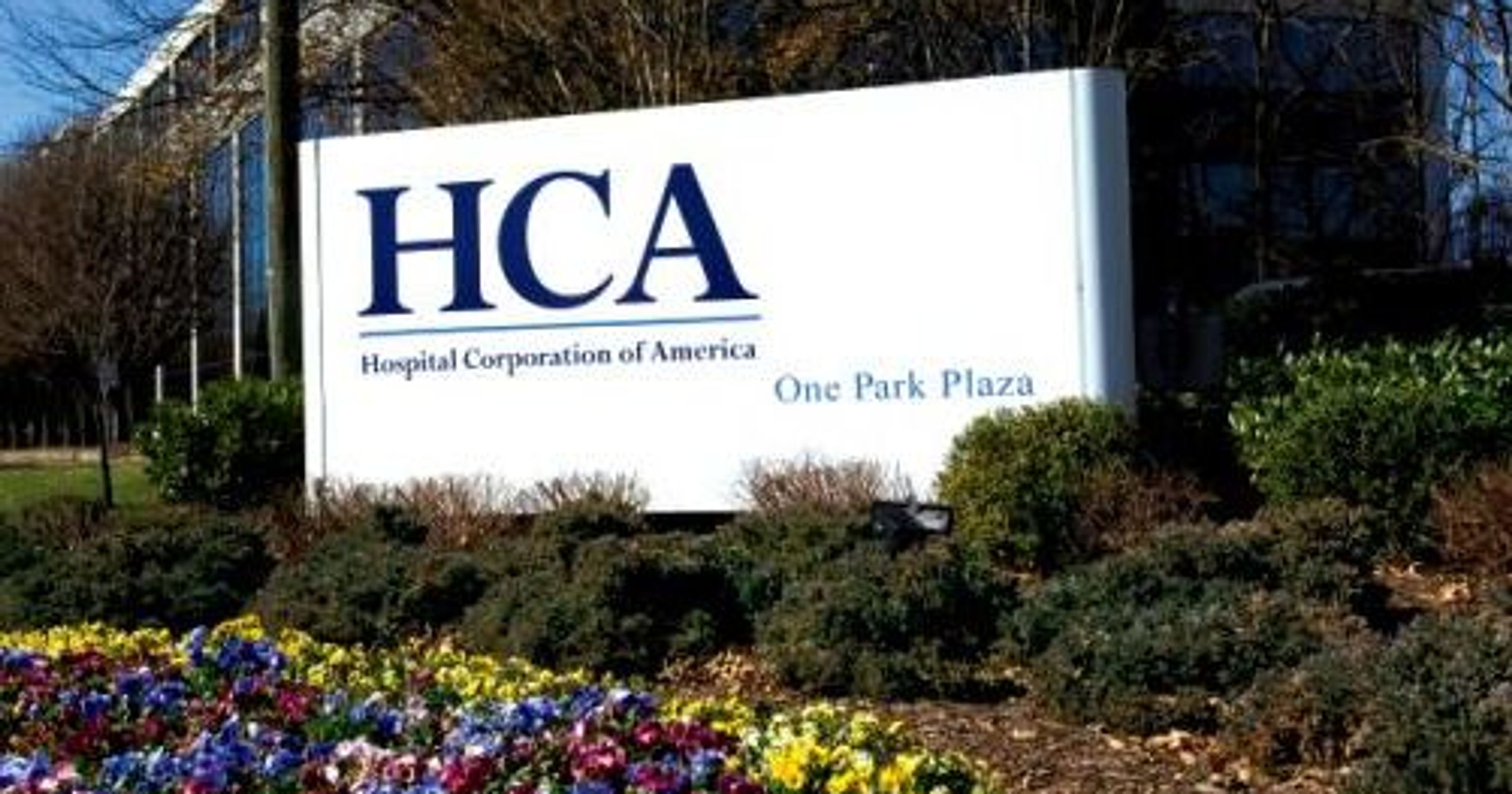 A small mountain city is challenging the nation’s largest hospital system in court.

Brevard officials say that, after years of community complaints and declining medical care, they saw no other option.

On June 3, attorneys from Greensboro and Washington, D.C., filed a lawsuit on behalf of the city of Brevard alleging a scheme by HCA Healthcare to monopolize medical services in seven Western North Carolina counties — a scheme that the lawsuit claims has led to inflated prices, lower quality of care and loss of services.

HCA bought roughly a third of the hospitals in Western North Carolina, including Transylvania Regional Hospital in Brevard, from nonprofit Mission Health System in 2019.

Relevant markets include Madison, Mitchell, Buncombe, Transylvania, McDowell, Macon and Yancey counties, where HCA owns between 70% and 90% of the counties’ acute care providers.

“The largest fear of our community is that our hospital will become just an emergency room and most services will only be available at Mission Hospital in Asheville,” Copelof said. Mission Hospital is roughly an hour’s drive from Brevard’s city center.

Since 2019, HCA has closed outpatient rehabilitation, primary care and chemotherapy service clinics in Candler, Asheville, Brevard, Franklin, Marion and Spruce Pine, according to the lawsuit.

Additionally, 79 physicians “had left or planned to leave the system since HCA’s takeover” as of March 2021, and several nurses described their units as “inhumanely understaffed.”

“Other doctors describe new employment contracts with HCA in which the compensation equations remove quality-of-care metrics and focus almost entirely on the number of patients seen and amount billed,” the lawsuit states.

“A significant number of patients have lost their preferred family doctors either due to doctors leaving the system or from HCA’s clinic restructurings and closures.”

Copelof’s concerns with HCA’s alleged monopolization is not only rooted in the fear that the hospital system is decreasing services and quality of care but also that it’s wasting taxpayer money.

As a city that operates under a self-funded insurance plan for its employees — or one that partners with a health care provider and foots the bill for the employee medical costs — Brevard officials say they are also concerned that the lack of options has led the city to pay more than it should have for employee medical care. This, consequently, meant more expensive health insurance rates for city employees.

“These higher costs impact the city in what we pay, and it also impacts the individual through their copay requirements,” Copelof said.

“No one is happy paying more than they should for health care. When extra tax dollars must be spent on paying for the city’s health care plan, then those tax dollars are not available for other pressing community needs. This impacts our entire community.”

Because HCA holds claim to the majority of hospital services in Western North Carolina, McKeller said, the system is able to inflate prices because insurance companies, without any other provider options, know they “are going to have to deal with (HCA).”

In some cases, he said, the region’s residents are paying as much as 75%-100% more for a procedure than its average cost in North Carolina — percentages also cited in the lawsuit.

“By tying their services and regions together, defendants coercively rob health plans of the ability to choose which service and providers are in or out of network,” the complaint states.

“At the heart of the scheme is this immutable fact: Because of Mission’s monopoly power, health plans require in-network access to HCA’s (acute care) services in the Asheville Region in order to offer any minimally viable health plan in the relevant geographic markets.”

Brevard is not the first issue to file a lawsuit against HCA, which grossed more than $50 billion in 2020, according to the June 3 complaint. Another case filed in Buncombe County last summer by a group of individuals alleged the same monopolistic practices. But Brevard is the first local government in Western North Carolina to take this step.

Even so, HCA spokesperson Nancy Lindell said Brevard’s lawsuit was “beyond disappointing” specifically because the hospital system’s CEO Sam Hazen met with Copelof and other community members just a month before the complaint was filed.

The meeting before the lawsuit

In May 2021, Hazen traveled to Transylvania County to meet with Copelof and a handful of other individuals concerned with HCA’s practices in Transylvania County. Among those was Mark Weinstein, president and CEO of nonprofit Brevard Music Center.

“It was amazing that this guy, the head of this multibillion-dollar operation, would come and visit with us and talk to us,” Weinstein said.

Weinstein served on Transylvania Regional Hospital’s board of directors until he and fellow board member Parker Platt, owner of a Brevard architecture firm, resigned in September 2021.

Weinstein and Platt stepped down after realizing that board members had “no real ability to have any kind of positive impact” while HCA was in charge, the pair wrote in an opinion piece for the Transylvania Times.

Weinstein said he was excited when HCA bought the local hospital — expecting growth and exceptional health care to follow the sale. Since then, however, he said he’s been disappointed and discouraged.

That article in the local newspaper stated, “In almost all instances, from the essentials of staff and community relations to marketing to the mass exodus of our physicians, our inability to provide direction or influence decisions have been apparent.”

Weinstein and Platt sat in on the May meeting with Hazen to express their concerns that the hospital was being operated from the top down rather than with input from community members.

During that meeting, Weinstein said the idea to create a “community council,” a group intended to link citizen concerns directly to hospital officials, was established. The 10-person council, which includes three physicians, has met only once so far.

Regardless of how the lawsuit unfolds — if Brevard does win and a jury requires HCA to pay the city’s legal fees and “recover threefold the damages determined to have been sustained by (Brevard) as a result of Defendants’ misconduct” — the community council will still gather to discuss issues with hospital officials, Weinstein said.

Aside from the establishment of the council, the meeting appears to have been less productive than HCA assumed.

“We hoped that meeting would be the beginning of a thoughtful and ongoing dialogue about health care in the city of Brevard and the broader Transylvania County region,” HCA’s Lindell said last week.

“In fact, we provided information requested during the meeting and hosted our first Community Council meeting just this week. At no point did Mayor Copelof mention this apparently long-planned lawsuit, which is frustrating and undermines what we thought were sincere efforts to build open, constructive relationships and lines of communication.

“We will now turn our attention and efforts to vigorously defending the lawsuit while continuing to provide excellent health care to the citizens of Western North Carolina.”

Copelof said the lawsuit has been in the works for several months, and while she “appreciates” Hazen meeting with her in May, that conversation surrounded issues specific to Transylvania Regional Hospital that are not “directly addressed in the lawsuit.”

“The lawsuit deals specifically with predatory monopolistic actions by HCA that impact available health care options and raise the cost for self-funded health care plans in the region and specifically the self-funded plan that we offer to city of Brevard employees,” Copelof said.

“Both the community concerns and the larger systemic practices alleged in the lawsuit are, however, related in that they impact the overall availability of quality healthcare for our local community.

“As such, I will continue to work on those issues that can be resolved locally via our community council and the larger issues of monopolistic practices in the region will be addressed via the legal system.”

The lawsuit alleges HCA’s monopoly has impacted seven Western North Carolina counties. The hope, McKeller said, is that those counties will join the lawsuit as plaintiffs.

Whether Madison, Mitchell, Buncombe, Transylvania, McDowell and Macon counties will join remains up in the air.

“I will tell you, since the lawsuit was filed, I have received a lot of phone calls,” McKeller said.

Carolina Public Press reached out to each of the counties and the city of Asheville and asked whether they planned to join the lawsuit. Representatives of Macon, McDowell and Transylvania counties as well as Asheville declined to comment, citing attorney-client confidentiality, or said no official decisions have been made.

Buncombe County, however, reacted to the lawsuit in a roundabout way during its June 7 County Commission meeting when commissioners approved a letter of support for a new, alternatively owned hospital — citing the need for more acute care beds and residents becoming “increasingly vocal of their desire for improved access and patient choice,” a county press release stated.

“There’s at least two nonprofit hospitals who have submitted proposals or expressed their intent to submit proposals (for a new hospital),” Buncombe County Commission Chair Brownie Newman said, specifying that the two interested entities were AdventHealth and Novant Health.

“The letter that’s been drafted does not endorse any one organization over the other but does endorse that we would like to see additional alternatives for families who need health care in our areas as well as endorsing the idea that it would be desirable to have a nonprofit hospital serving the region.”

Commissioners unanimously approved the letter. No further plans about establishing a new hospital were discussed.