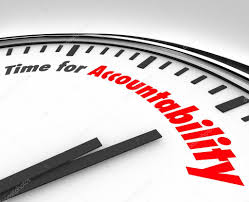 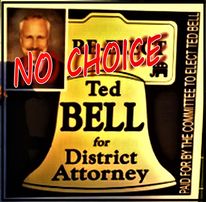 Mr. Bell was reelected to DA again this past November by approximately 30 % of the vote. He had no opposition in the general election so it was a foregone conclusion that he would gain the office.

Now I will be the first to admit that I do not know Mr. Bell on a personal level. I have heard accounts of him being a very good father and person. I do not in any way dispute those accounts. 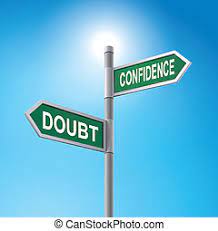 I do however know what a bad job he has done as District Attorney. One can be a good father and community member and still be bad at their job. This apparently seems to be the case with Mr. Bell.

We have an opportunity to see a new era in law enforcement in our county but will it really mean anything if Ted Bell agrees to release criminals and puts off trials for years?  Will it mean anything if he continues to “cover up” for his friends?

If the same players keep breaking laws and being released back into the general population with no more than the inconvenience of being arrested and making bond then what have we gained?

Rutherford County’s new Sheriff Aaron Ellenburg is determined to change the way things have been done here in the past but can he do that if blocked by DA Bell?

Let us not forget that this is the man who put off trials for more than six years. The man who has yet to try the Matthew Fenner case against Word of Faith Fellowship members for almost 10 years. The man who told the public that his friend, former Judge Randy Pool, did not commit any criminal acts even though the State Bar said in writing that his behavior was criminal. Bell, the man who admitted in court that he altered a video in an officer shooting incident.

This man, DA Ted Bell has multiple bar complaints against him for his behaviors and a pending lawsuit. Removing him from office is out of our (the general public) hands now but if he loses his license to practice law then he must resign and let someone else be appointed.

It is time to hold those in office accountable for not only what they do but also what they don’t do. 2023 will be a year of accountability. The new Sheriff is trying to be transparent and reporting on activities in his department.  Do not hinder his efforts by your silence Mr. Bell.

It is way past time for accountability. No more “cover ups”, no more hidden SBI reports, no more protection of “friends.” Do your job and be accountable to those of whom you serve. 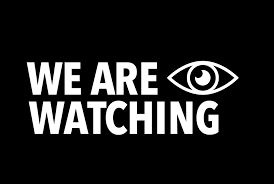