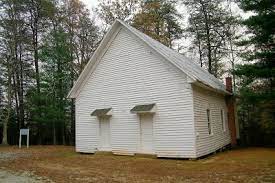 District Attorney Ted Bell has refused to take any legal actions against Pool.

The correlation between Melissa Ramsey’s death and former Judge Pool was first disclosed by multiple witnesses during an interview with Ronnie Pearson. (As previously reported, Pearson had been forced to work as a confidential informant for the Narcotics Team for the Rutherford County Sheriff’s Office. In that capacity, Pearson transported narcotics from cartel contacts in Georgia to Rutherford County, N.C. on a regular basis.)

Pearson relayed that in a meeting between him and his close friend, Melissa Ramsey who also worked as a confidential informant for the Narcotics Team, showed him text messages from former Judge Randy Pool. In those messages, Judge Pool solicited sexual favors from Ramsey in exchange for avoiding being incarcerated for very serious felony charges. Ramsey, a single mother of young children, sat on Pearson’s couch, crying, and seeking advice on what to do.

Pearson,  already  aware of instances in which Judge Pool had made similar proposals with other women, acknowledged the disturbing nature of Judge Pool’s offer. Pearson recalled Ramsey weighing the consequences of being unavailable to raise her children if she were required to serve a lengthy prison sentence.  Ramsey ultimately acquiesced to Judge Pool’s proposition.

After her encounter with Judge Pool, Ramsey informed Pearson that she had decided to publicly disclose what had happened. It is not clear who else Ramsey informed of her intentions to report Judge Pool
or if in fact she reported his misconduct.

Ramsey, on August 5, 2018, was suddenly found dead sitting in her vehicle outside of a gas station with a plastic bag lodged in her throat. Despite the unusual circumstances, local law enforcement concluded that Ramsey’s death was an accidental overdose and closed the file.

Meanwhile, Pearson encouraged other victims of Judge Pool to come forward. These accounts led to the forced resignation of Judge Pool and the thirteen-page disciplinary order issued by the North Carolina Supreme Court. That order detailed years of predatory behavior, including concealment of Judge Pool’s misconduct.

DURING THE INVESTIGATIONS OF JUDGE POOL, JESSICA BLACKWELL WAS FOUND DEAD 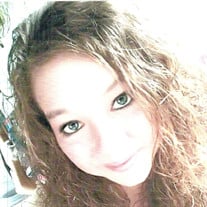 As the investigations into Judge Pool’s misconduct began, another of Judge Pool’s victims – Jessica Blackwell, also propositioned by Pool for sexual favors – was suddenly found dead under suspicious circumstances. On November 28, 2019, Blackwell’s body was found in an abandoned church, Golden Church of the Brethren on Cane Creek Mountain Road, in Bostic, North Carolina.

Blackwell’s body was only partially clothed. Duct tape residue was found on her bruised arms. Her wrists were bruised. Her fingernails were broken as if she died attempting to ward off an attack. The autopsy also revealed blunt trauma injuries to her to her head and torso. Her face was so distorted that her identity had to be confirmed by the tattoo on her back.

One of the emergency medical responders on the scene stated that it appeared that a syringe had been lodged in Blackwell’s arm postmortem to create the impression that the death was an overdose (a fact that was not referenced in the Medical Examiner’s report).

The Narcotics Team arrived on the scene and took control of the investigation. Several other Narcotics Team officers visited the residence where Blackwell had last been seen, but failed to question many of the
individuals now known to be present there before her death.

The Sheriff’s Office officially declared Blackwell’s death to be an accidental drug overdose despite the signs of possible foul play.

Close friends of Blackwell discussed the possibility that Blackwell was pregnant. According to these individuals, Blackwell had only been sexually active with two men prior to her death– Randy Pool and Andy Weeks.

Weeks is currently charged with transporting Blackwell’s body to the abandoned church. His court case was re-scheduled to be heard in September, 2021.