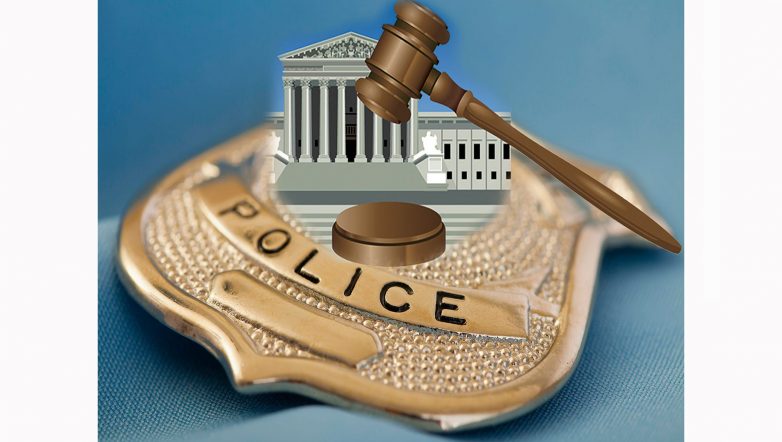 On September 3, 2021, several elected officials and persons reporting to those officials were sued in state court.  These individuals include the district attorney for this district, four of the five sitting judges for our district, the Rutherford County Sheriff and several of the deputies reporting to the Sheriff, and a local private attorney.  The allegations made by attorney Andrew LaBreche against these individuals are many, and include:

The filed copies of this lawsuit, the motions, and the replies have been circulating on Facebook and the Internet and will not be posted here. Official copies may be obtained through the courthouse or through electronic legal databases.

This article is not to go into detail on the matters of the complaint as motions have been filed that will be heard by a Federal judge in Asheville on January 31, 2022.  Instead, our purpose is to update the public on the activity of this lawsuit since the date of filing and to give a brief overview of the process in which the complaint has to undergo prior to being heard.

Once the answer is received, however, ongoing discovery, subpoenas and depositions can be issued by either side to obtain information to support their case positions.

However, “motions” can be filed at any time after the complaint is filed, which disrupts the flow listed above and have to be dealt with prior to the proceeding to the next phase.

As stated above, Attorney Andrew LaBreche filed his complaint at the Rutherford County Courthouse on September 3, 2021 and began to wait for the answer to be provided.

In September, 2021 a motion to dismiss was filed by Defendant David Chambers contesting that he should not be included in the lawsuit, as he was not a “state actor” and therefore had no reason to be included.

Then two motions were filed by the Attorney General’s office who is the entity representing Judges Davis, Martelle, McEntire and Shelley as well as District Attorney Ted Bell.  These motions included:

The motion to remove was granted, and the motion to dismiss is in relation to claims of judicial immunity and prosecutorial immunity, and through that immunity the individuals named cannot be held accountable for their actions due to said immunity.

On October 28, 2021, the offices of Womble, Bond and Dixon in their representation of Sheriff Francis and Officers Murray, Mode, Greene and Chavez-Perez filed a motion to dismiss based on qualified immunity; although the complaint listed multiple charges and examples of actions taking place outside of said immunity.

This covers the motions that are pending; and all replies and responses have been filed per guidelines set by the Federal court.

Among the replies that were provided were specific caselaw refuting the motions of the motions filed; specifically, in regard to judicial, prosecutorial and qualified immunities as stated.  The responses given by all defendants were given shortly before Thanksgiving (by the counsel for the police) and as recently as December 10th for the Attorney General’s office representing the judges and district attorney.

No clarification was given during the replies; it seemed to merely restate the verbiage of the previous motion with some personal attacks given on the character of Mr. LaBreche.   Once the last reply was filed on December 10th, it was entered into the Federal scheduling system; and a notice for oral arguments to be given on January 31, 2022, in Federal court in Asheville was sent.

This brings us up to date on the ongoing actions in the lawsuit; and the only comment this site has is to the manner of the motions to dismiss.  While RCCatalyst has been informed that the motions filed are “typical” for this type of suit, it seems strange that during an election year – where at least two of the persons named have never gone through the electorate process – that all elected officials would claim some form of either judicial or prosecutorial immunity for their actions.  It could seem that they are telling the public “you elected me, I don’t have to explain what I am doing – I can do whatever I want and be immune.”  Of course, each reader needs to make their own determination when they vote.

As of today’s date, this is the history of what has happened within this lawsuit.  Again, the hearing for this matter is set for January 31, 2022.  This site will continue to update as events occur.