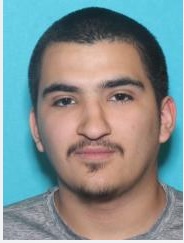 On January 3, 2022 at approximately 7:44PM Marion Police Officers responded to a disturbance on Park Avenue near Cardinal Lane. Officers arrived at 153 Park Avenue to a chaotic scene and found one victim identified as Ethan Dakota Troutman 20 of Marion, lying on Park Avenue, with a single gunshot wound to the torso. A short time later Troutman was pronounced dead at the scene due to his injuries.

Preliminary investigation into the incident has revealed that the victim went to 153 Park Avenue as a passenger in a 2006 Hummer SUV. It is suspected that the purpose of the visit was to collect money that was owed to him by an individual that was present at 153 Park Avenue. Also riding in the Hummer was the driver identified as Bobby Landon Thomas Jr. 20 of Nebo and a front seat passenger Bradley Franklin Metcalf 19 also of Nebo. Witness statements say that the victim exited the vehicle and went to the front of the residence. Once at the front of the residence contact was made between the individual that owed money and Troutman, and an altercation ensued.

During the altercation, a third person identified as Emillio Jesus Villarreal 24 of Morganton came out of the residence with a handgun. At some point Villarreal fired a single shot from the front porch striking Troutman in the torso. Troutman then ran from the front of the residence and got back in the Hummer to leave. It was only then he and his passengers realized he had been shot. At that time the other occupants in the vehicle removed Troutman and tried to render aid, but their attempts were unsuccessful.

Investigators are still attempting to locate one unnamed individual for questioning that fled from the scene after the shooting. Emillio Jesus Villarreal was arrested on the scene and charged with Murder.Villarreal was transported to the McDowell County Jail where he is being held under a secured bond. No further information is available at this time about this incident. The Marion Police Department would like to thank the State Bureau of Investigations and the District Attorney’s Office for their assistance.