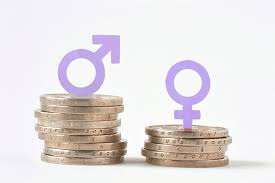 Even though asking job applicants for their salary history feeds a vicious cycle, our report finds that most North Carolina counties still do it

This past Tuesday, March 15, was National Equal Pay Day. As President Biden rightfully noted in a White House proclamation, “Equal pay is a matter of justice, fairness, and dignity — it is about living up to our values and who we are as a Nation.”

Recently, the American Association of University Women of North Carolina (AAUW-NC) surveyed county job applications and job portals across the state and confirmed that posted announcements include requests for salary data in at least 78 of our state’s 100 counties.

On Equal Pay Day in 2019, Gov. Roy Cooper signed an executive order banning the solicitation of applicant salary data by state-level agencies. This ban constituted a step in the right direction, but our state’s failure to apply such a policy to local government and private sector employers (actions Cooper lacks authority to take unilaterally) significantly limits its potential to meaningfully impact the lives of North Carolina women.

According to the U.S. Bureau of Labor Statistics, women in North Carolina earned 81 cents for every dollar earned by men in 2020. This roughly corresponds to a nationwide pay gap of 83 cents on the dollar. When employers request salary history information from job candidates, lower-earners are at risk of being offered lower starting salaries. This disadvantage is thought to disproportionately impact female applicants, who are more likely than men to be earning less.

Intended to address factors driving unequal pay, the Paycheck Fairness Act died for the fourth time in Congress in June of 2021, leaving the issue to be dealt with at the state level for the foreseeable future.

States are increasingly taking action. According to HR Dive, 21 states had enacted restrictions on practices related to requesting applicant salary data as of February 2022. Some states have enacted statewide salary history bans that encompass all public and private employers; others are more limited in scope.

California, for example, modified its labor code in 2017 to incorporate a ban applicable to “all employers, including state and local government employers and the Legislature.” Other states’ statutes are less stringent, such as Alabama’s Clarke-Figures Equal Pay Act, which stops short of making it illegal for employers to request salary data, but bans employers from making hiring and promotion decisions if candidates do not provide salary data.

Evidence indicates that the practice of requesting applicant salary data is not the only factor inhibiting progress toward fair pay for women. AAUW has identified a 7% wage gap among male and female college graduates in the earliest stages equivalent careers, suggesting that women do not negotiate starting salaries as effectively as men. Organizations such as AAUW  have recognized and are responding to the need to facilitate career development training for women as they navigate their professional lives. Still, the gender pay differential cannot be explained by such factors alone.

No magic legislative bullet will eradicate unequal pay, but it’s clear that North Carolina needs more than Executive Order 93 to address the possibility for wage discrimination that persists for hundreds of local public sector positions in North Carolina. AAUW-NC’s investigation of county job applications shows that North Carolina women are overwhelmingly likely to encounter a common barrier to higher wages when they apply for civil service positions in their communities. What’s more, no state law or rule addresses private employers at all.

Though fine insofar as it goes, the limitations of EO 93 leave local leadership of the counties and cities of North Carolina with an opportunity to make effective change toward fair pay for the women of their communities. In the absence of a statewide ban on inquiring about applicant salary history, cities and counties across the state can fill the void by enacting comprehensive salary history bans.

Katie Pincura (left) is a professor of public health and the policy chair of AAUW-WCU at Western Carolina University. Savannah Lauren Brooks (right) is a health sciences graduate student and intern with AAUW-WCU.