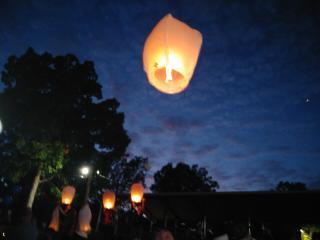 Family and friends gathered last week to remember the life of Brittany Shea Fowler and the continuing truth behind her untimely passing by releasing balloons and lighting lanterns at Crowe Park. 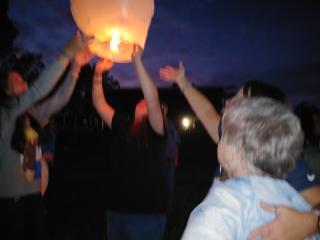 Conversations revealed how much she was loved and how much she is missed. Her friends revealed that Brittany had loved to fish and dance and was fan of the Dallas Cowboys. She loved her animals and her dog was also present at the memorial to remember Brittany.

While her death was reported as a drug overdose that Fowler’s girlfriend Taylor Weaver claimed resulted from the use of intravenous opiates, her friends and family report that she had not been using drugs and had never been known to shoot up. 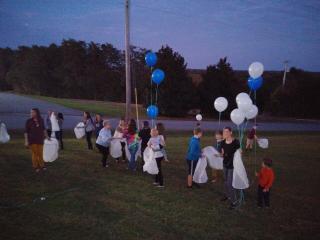 Prior to her death, Fowler had been approached by law enforcement to work as a confidential informant – the details of which remain scarce due to law enforcement’s refusal to provide Fowler’s family with any information surrounding this situation. From court records, it appears that Fowler’s name was leaked (or intentionally disclosed) to the individuals that law enforcement utilized Fowler to arrest, including Ryan Walker and Lawrence Meadows.

Shortly after Walker and Meadows were charged based, in part, on information provided by Fowler, Fowler and Meadows were both present during a District Court session in Rutherford County Court. When he saw Fowler while being transported from the jail into court, Meadows is reported to have yelled that “your days are numbered.”

Although Meadows was charged with intimidating a witness as a result of that threat, Fowler was immediately fearful for her safety and asked Officer Brett Hooper for help. In response, Hooper ignored her plea, stating that Fowler should “watch her back.”

Even after Fowler’s identity as an informant had been disclosed and she had been threatened by one of the individuals that officers asked her to target, law enforcement demanded that Fowler continue working for them as a confidential informant. According to Fowler’s close friend Stacy Robertson, Robertson visited Fowler at her apartment approximately a week and half before her death. During that visit, Robertson stated that law enforcement officers, along with Fowler’s then-girlfriend Taylor Weaver, were present in Fowler’s home.

Although Robertson could not recall the names of the officers who were present, she stated that one of the officers was a K9 handler whose dog was in the vehicle parked outside of Fowler’s apartment. As of September-October 2019, only the Rutherford County Sheriff’s Office and the Forest City Police Department had K9 units, which, in light of the locations where Fowler was used as a confidential informant, raises questions as to whether multiple law enforcement entities were responsible for supervising and protecting Fowler during any undercover operations.

After the officers left Fowler’s apartment that day, Robertson and Fowler did not discuss the situation in more detail. Robertson left the next morning, but was contacted by Fowler several days later. Fowler sent text messages to Robertson informing her that Danny Weaver – Taylor Weaver’s father – was going to pay Fowler to drive to Washington State and transport an individual who had just crossed the Canadian-United States border back to Rutherford County. This would be the last time Robertson ever heard from Fowler. 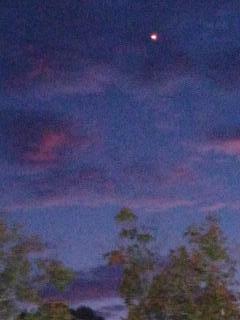 On October 20, 2019, Fowler and her then-girlfriend Taylor Weaver met with a mutual friend named Pamela Lovelace and an acquaintance named Amy Dobbins. Fowler’s sister, Ashley Wilson, spoke with Lovelace about this meeting and Lovelace stated that Dobbins sold Lovelace $30.00 worth of heroin.

Although all of Fowler’s friends have reported that Fowler was not using drugs, never used heroin even when she was actively using other substances (Fowler only used methamphetamine), and had never used any narcotics intravenously, Lovelace stated that she, Fowler, and Weaver parked in a remote location after the purchase and each woman shot up. Lovelace stated that they used all of the heroin purchased from Dobbins while parked, after which Fowler and Weaver dropped Lovelace off at her home. From there, Fowler and Weaver returned to their apartment.

Immediately upon arriving at the apartment, Weaver claimed (according to statements she relayed to Fowler’s sister Ashley Wilson) that she stepped outside to smoke a cigarette, after which she walked inside and found Fowler unresponsive. In response, Weaver claims to have immediately called 911, making a report that Fowler had injected herself with heroin and overdosed.

The officer receiving the 911 call arrived to the apartment within two (2) minutes and, in discussing the scene with Wilson, stated that it appeared Fowler had been lying unresponsive for approximately 20-30 minutes based on the color of her skin and lips. Narcan was immediately administered but Fowler did not respond and was transported to Rutherford Hospital.

Contrary to Weaver’s assertion that Fowler had injected herself with heroin during the few minutes that Weaver smoked outside, the responding officer said there were no drugs on the scene and only one clean, unused syringe in the vicinity. Consistent with the statements by Fowler’s friends and family, the officer stated that he knew both Fowler and Weaver and was shocked to see Fowler lying on the ground overdosing on what Weaver claimed to be heroin. The officer informed Wilson that he was well-aware that Weaver was a regular heroin user, but that Fowler was not. The officer also stated that he had never known Fowler to be an intravenous drug user.

When Fowler arrived at the hospital, Weaver provided false information to the doctors and hospital staff that she was Fowler’s sister. By doing so, she effectively prevented the family from being immediately notified and was able to obtain access to information as to Fowler’s medical status.

The hospital performed a brain scan and estimated that Fowler had been lying unresponsive and without breathing for approximately 27 minutes, which undermined Weaver’s story that she immediately contacted 911.

Additionally, the hospital ran blood tests on Fowler to determine the drugs that were in her system. Despite Weaver’s insistence that Fowler had overdosed from heroin, the blood tests showed only minimal traces of morphine. Although morphine is a derivative of heroin, as well as a variety of other commonly prescribed opiate-based pain relievers, the morphine levels in Fowler’s blood were far below the amount that would cause an overdose.

In addition to the trace amount of morphine, Fowler’s blood work revealed a number of benzodiazepines, including one such drug that should have immediately raised concerns as to whether Fowler’s death was accidental. Specifically, Fowler’s blood contained a drug called midazolam. 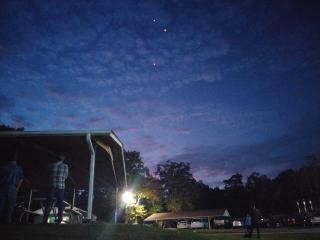 Midazolam is a heavily monitored controlled substance that is not prescribed, and should never be used, outside of a hospital setting. Midazolam is a benzodiazepine utilized to quickly sedate a patient prior to short-lived surgical or other painful procedures. The drug causes a patient to not remember the procedure and, due to the rapid onset of the drug’s effects, generates considerable risks such as lack of breathing, cardiac arrest, and a variety of other life-threatening complications.

Because Midazolam is used to induce memory loss, it has no recreational value to those using drugs for pleasure. Combined with the fact that there was an injection on Fowler’s arm when she was never known to use drugs intravenously, the fact that Midazolam – which is typically only administered via injection – raises serious questions as to why this drug was in Fowler’s blood, in addition to who administered it.

WEAVER AND HER FATHER TAKE ACTIONS SEEMINGLY TO HIDE EVIDENCE

After Fowler’s family learned of her hospitalization, Joel and Renee Fowler arrived at the hospital where Weaver was still present. Weaver, however, would not speak to them. Instead, she seized Fowler’s cellphone while Joel and Renee were not looking and took it to an attorney who her father Danny Weaver had retained for her. Critically, Fowler was still alive when these actions were taken and no investigation was being conducted at the time Weaver obtained legal representation.

Upon learning that Weaver had taken Fowler’s phone, Ashley Wilson contacted Weaver’s attorney and demanded that the phone be turned over to law enforcement. When Weaver’s attorney did so, the officer receiving the phone stated that most communications immediately preceding the alleged overdose and afterwards appeared to have been deleted.

After Fowler passed away on October 22, 2019, Fowler’s family made relentless efforts to speak with the police claiming to investigate Fowler’s death. However, their continuous attempts to speak with anyone were ignored.

After approximately three (3) months of demanding answers and any sort of update from investigators, Alisha Fowler went in-person to speak with the detective assigned to the case. That detective instructed Alisha to hire a private investigator and provide him with any information the investigator may be able to find. From that point, Fowler’s family received no updates. Based on their understanding, the investigators refused to interview Taylor Weaver, Danny Weaver, Pamela Lovelace, Amy Dobbins, Lawrence Meadows, Ryan Walker, or anyone else with information. 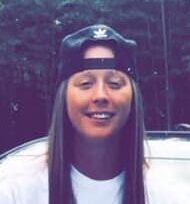 After placing Fowler in a dangerous situation as a confidential informant, the officers involved allowed her identity to be revealed. The very individuals Fowler was being used to target threatened her in open court. Fowler pleaded for help in response. Within only approximately ten (10) days later, she was found unresponsive with an injection site on her arm, despite having no history of using intravenous drugs, and with blood tests showing the presence of a heavily-controlled drug that it is not permitted outside of a hospital environment. Yet, law enforcement refused to investigate these matters, leaving Fowler’s family longing for closure.

FOWLER VIGIL HELD IN REMEMBRANCE AND SIGNALS CALL FOR ANSWERS

Exactly one year after her death, Fowler’s family held a vigil to show their respects and say goodbye one last time. The family remains devastated. They do not understand why Fowler is no longer here. They do not understand why law enforcement refuses to investigate the disturbingly suspicious circumstances surrounding Fowler’s death. They want, and have begged for, closure, and they deserve answers.

As Fowler’s friends and family stood in attendance at her memorial on October 22, 2020 releasing balloons that lit the sky, they continue to seek answers, hoping the community will demand that law enforcement take actions that will illuminate what transpired to prematurely end Fowler’s life.

Brittany Fowler was born May 11, 1992 in Rutherford County, she was the daughter of Joel David Fowler and Alisha White Fowler.

Attending to cherish her memory are her grandmother, Shirley Lowery, a sister, Ashley Wilson (Michael), her brother, David Fowler, friends, her stepmother Renee Fowler, Alisha Fowler and a host of relatives and nieces and nephews.

Brittany will not be forgotten.