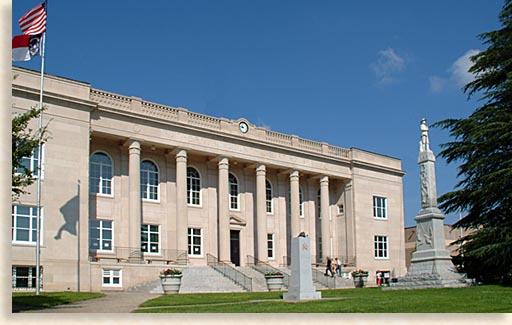 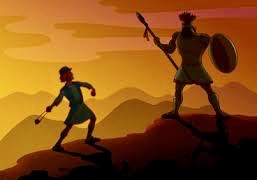 I went to court this week to watch a case being heard that a local attorney had put forward against several judges, a lawyer and the District Attorney (D.A.). It is a case that has been two years in the making.

I was curious, as this appears to be a classic David and Goliath situation. One young lawyer who went against a judge who was committing sexual offenses in office triggered the “good ole boy” network to come out in force. These judges and the DA knew about their colleague’s misconduct yet they turned a blind eye and let it continue. Once this attorney brought it to light the judge in question resigned.

The offending judge’s colleagues, however, could not let this behavior pass. How dare someone question one of their own? It could not be allowed to continue. They as a group decided to put him out of business according to statements made by witnesses. It appeared no one should dare question a judge’s behavior.

The judges started recusing from hearing his cases. They accused him of writing articles in RC Catalyst about them, yet NO one has presented an article with his name on it. He does admit that he consulted on some of the articles written. Since he was the attorney in question about the Judge Pool case of course he was consulted about the articles concerning the judge. He knew all the details and RC Catalyst wanted to make sure we were correct in their presentation.

Supposedly “a friend” of his who decided to work with the judges, DA, and the other private attorney in this matter showed them emails where he discussed the articles. Yes he was assisting with the technical verbiage of our articles, but so do doctors, engineers, and other professionals when we needed specific guidance on presenting the information in an article.

Did he actually write them….NO. The recusals were all based on this erroneous allegation of him writing articles about them. The defendants also recused from another attorney who was not involved in this at all, based off an incorrect phone number they had obtained. They had to remove his recusals.

They presented this refusal to hear cases in several ways assisted by the District Attorney. Cases were continued multiple

times. They did not inform the attorney or his clients that their case would be continued so they continued to have to get off work and show up to court only to be sent home. If they did not show up they were charged with nonappearance even though their case was continued.

One case in particular that was mentioned in the court case was a person who had a DUI whose case had thirteen (13) continuances. (Shameful on the courts part here….)

This recusal matter effectively was shutting his practice down, as people knew his cases were not being heard. The judges and the DA knew this would work in time.

The judges arranged this in a way that it seemed the attorney had no legal recourse. Suing judges is just unheard of. It never occurred to these people in these high positions that anyone would have the audacity to question them and their behaviors.

It did not help that his former “friend” was on a personal social media vendetta against him. She was constantly putting innuendo out about him, his family members, and his motives as an attorney. She admitted on Facebook to working closely with the DA and others in this effort.

All this was being done in a concentrated effort to discredit him not only as an attorney, but also as a person. The “powers that be” wanted him to not only stop investigating them but to go away and disappear. If you are from here then you know the far-reaching powers of the “good ole boy” network. It has been used here for over a hundred years and God help you if you were on the wrong side of them.

Times are changing, however, and people are not tolerating the absolute power and protection these people are afforded. The little people, the unheard, the unprotected are beginning to speak up.

So David went up against Goliath this week in court. The presiding judge was from Mecklenburg County.  One humorous note was when the private attorney being sued who was representing himself asked to be compensated for his legal fees to pay himself in this case. Even the judge rolled his eyes at that statement.

a case in process for a completely unrelated matter because the attorney being sued was mentioned in it. The exact wording in court stated that the deputy said “I got something you would be interested in” when he gave it to him.

It seems they took someone’s cell phone they arrested and made a flash drive of all the conversations with his attorney and distributed them to unauthorized persons. (No conspiracy here…)

The judges, DA, and attorney involved asked for the case to be dismissed. The judges and the DA had someone from the Attorney General’s office in Raleigh representing them. She did everything she could to discredit the young attorney who was representing himself. She leveled insults and innuendoes about his practice and his person.

The young attorney stood his ground against the giants in the room. He calmly explained his claim in court to the presiding judge while not responding to the taunts of the AG office representative. The DA sat alone in the very back of the courtroom watching quietly.

After hearing from both sides the judge took the case and told them all he hoped to have a decision later in the week. The DA looked visibly stunned that it was not thrown out immediately. He left quickly once the judge made his statement.

No one knows how this will play out but regardless of the ruling it will most likely go to the appeals court. Just the very act that someone would finally sue the people of the “good ole boy” network itself for committing conspiracy and denying someone their constitutional rights is hopefully the beginning of the end of their protection and abuse of power. Maybe….

An update will be posted when the judge’s ruling comes in. Regardless this is quite a case and will not be forgotten.

Just like the song says, “The times they are a changing.”