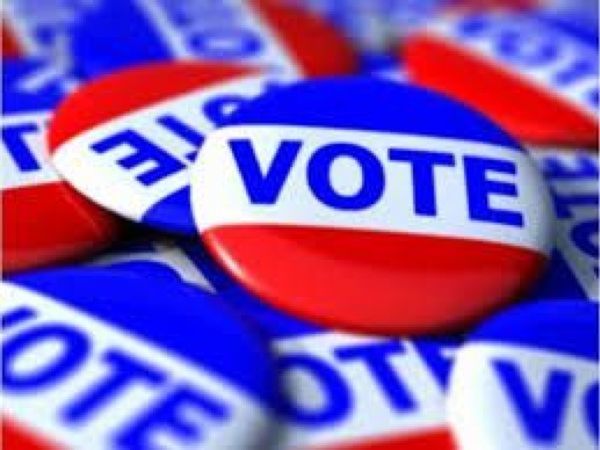 Rutherford County : Voting for the primaries starts early next year. At this time two important races stand to be decided in the party primary election of Tuesday, May 17, 2022 :

At this time, no Democratic or unaffiliated candidates for either race have filed at the Board of Elections. Unless that changes, the election will be decided at the GOP primary.

So what does the term “primary” mean exactly? That means that each party will have people voting for who is going to represent them in the general election in November. We have five established parties in North Carolina. They are as follows: Democratic, Republican, Libertarian, Green, and Constitution. Each of these will have a primary race if they have more than one person running from their party for a particular office. (If there is only one person running for an office from a particular party their name will not be on the primary ballot.)

One of the situations we run into in a primary is when only one party has candidates running for an office. In this situation the primary actually decides the office unless an independent candidate obtains the required signatures per the Board of Elections to be placed on the ballot in the general election.

Baring an independent candidate garnering enough signatures to run in the general election, the winner of this GOP primary will hold the office that they are seeking even if they only vote for themselves. This effectually keeps any other party from being represented by the voters as only persons who declare for a Republican ballot may vote for these offices.

Now it is the individual party’s responsibility to find a candidate to run for office and if they do not, then the members of their party are not represented. In Rutherford County we currently have twelve thousand five hundred and seventy-three registered voters (12, 573) who will have no vote on who holds these primary determined offices.

The Republican party has seventeen thousand three hundred and six (17,306) registered voters who can only vote as Republicans in the primary.

Registered Unaffiliated voters (those who have no declared party affiliation) currently number thirteen thousand six hundred and thirty two (13,632) These voters can request to vote in whichever party they choose but must declare which one they want to vote in during the primary election. They must vote only for candidates in the party of the ballot they choose. (i.e. you cannot vote for Sheriff on a Republican ballot and District Attorney on a Democratic ballot.) Unaffiliated voters must choose a party ballot if they wish to vote on individual candidates.

In a truly fair system all parties would be represented on the ballot for all elected offices, but that is becoming less and less common as it seems we are becoming a one party dominant system. North Carolina has predominately voted Republican since 1976. Rutherford County, in particular, votes strongly Republican. This seems on the surface to be disenfranchising a large group of voters and citizens in this county. Local politics can be a time consuming, expensive, and quite frankly nasty business so it is understandable why it is difficult to get people from less prominent political parties to run for office.

More and more people are showing their disdain for the current political party system by leaving all established parties and registering as Unaffiliated. This number, as you can see locally, has eclipsed the number of registered Democratic voters in the county and I dare say with the current political climate we will see more and more people leaving the traditional party system.

If this pattern continues we need a change in how we elect our local officials. We either make all local elections non-partisan so that all local registered voters in the community are allowed to vote (without regard to party) and therefore are represented or we adopt a top two system where the top two candidates in a primary (regardless of party affiliation) are both on the general election ballot so all voters have a vote for the office.

In the meantime the question here for Rutherford County Unaffiliated voters is do you want to have a voice in your local elected offices (which would mean voting in the Republican primary)? Think about what is important to you as an individual voter before you decide which party ballot you request in the primary. The choice is yours.