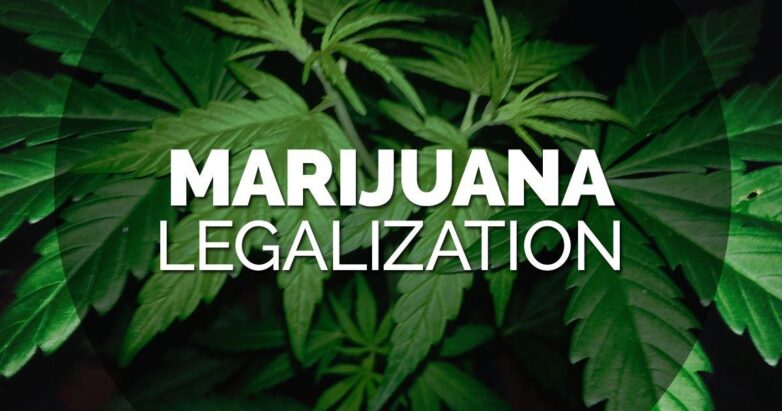 Democratic leaders in the Virginia House of Delegates say they now support legalizing marijuana on July 1, joining the Senate in backing amendments to a legalization bill lawmakers passed last month.

They also went a step further, endorsing the legalization of personal cultivation at the same time.

“The time is now for us to act,” wrote speaker Eileen Filler-Corn in a statement.

The General Assembly voted at the end of February to legalize marijuana, but not until Jan. 1, 2024, when the state’s first legal marijuana businesses would open. The decision to tie legalization to commercial sales disappointed activists, who argued that waiting three years would needlessly prolong the racial disparities in policing that lawmakers said they were trying to address.

The bill is now before Gov. Ralph Northam, who voiced support this week for moving up the date. He has until Wednesday to propose amendments to the bill, which the General Assembly would take up on April 7.

“I personally don’t think we should be arresting or penalizing somebody for something we’re getting ready to legalize,” Northam told VPM News on Wednesday. “I plan to place a number of amendments in front of the legislature and hopefully we’ll be able to move those forward.”

During the session, the Senate had amended its version of the bill to legalize possession of an ounce or less of marijuana beginning July 1. Lawmakers in the House rejected the amendment, worrying it would allow the illicit market to flourish and make it harder for the new legal marketplace to succeed when it was finally up and running.

Neither proposal would have allowed home cultivation, capped at four plants per household, until 2024.

House Majority Leader Charniele Herring, D-Alexandria, said earlier this week that any decision to move up the legalization date needed to be accompanied by funding for public safety campaigns, something sources familiar with negotiations say Northam is also likely to address when he sends down amendments.

“Basically, if you’re going to legalize simple possession July 1, there has to be a plan for education and public safety,” said Herring, who sponsored the legislation in the House.

On Friday, she tweeted thanking Filler-Corn for supporting the amendments, which would also speed up resentencing and expungement provisions addressing past charges.

The bill’s Senate sponsor, Sen. Adam Ebbin, D-Alexandria, welcomed the House’s support. “Senator Ebbin has been consistently supportive of a July 1 legalization date and believes it is the most equitable path forward,” his chief of staff, Henry Watkins, said in a statement. “He is glad House leadership is now fully supporting this position. He is supportive of the additional amendments the speaker laid out to reduce the harms of the failed prohibition”

The governor’s support and the shift in the House follow weeks of lobbying by advocates, who are also seeking amendments reducing penalties for children caught with the drug.

“The current marijuana legislation does not reflect your promise to prioritize racial equity and justice, as it permits the over-policing and excessive punishment of people of color and young people,” wrote a coalition of progressive advocacy groups that included the ACLU, Marijuana Justice, Justice Forward and RISE for Youth in a letter to Northam earlier this month.

“Virginia has the incredible opportunity to be the first state in the South to legalize marijuana, but your job will not be complete if you do not legalize in a way that rights the wrongs of the disparate impact the War on Drugs has had on Black and Brown communities.”

Since Virginia reduced the penalty for simple possession to a $25 fine last summer, Black people are still four times more like than White people to be cited despite using the drug at the same rate. In some localities, the disparity is even greater, including Hanover County, where Black people make up just 10 percent of the population but accounted for more than 60 percent of the tickets issued, according to state court records.