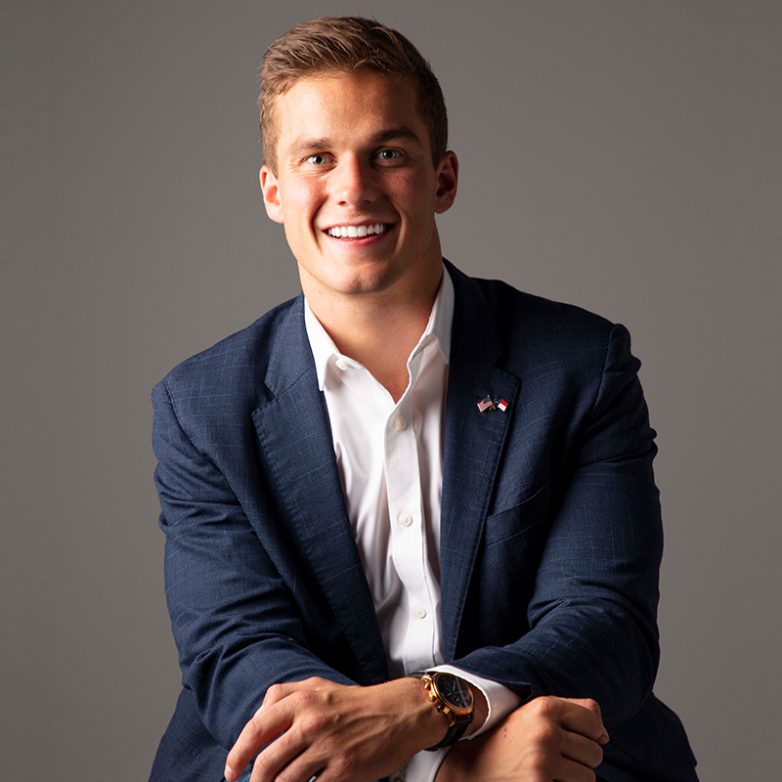 The U.S. Courthouse for the Eastern District of North Carolina in Wilmington. Jordan Wilkie / Carolina Public Press
U.S. Rep. Madison Cawthorn, R-Hendersonville, will not face a legal challenge to his candidacy based on claims that his actions on and around Jan. 6, 2021, violated a section of the U.S. Constitution meant to keep Confederates out of federal office, a federal judge ruled Friday.

U.S. District Court Judge Richard Myers II, appointed by President Donald Trump in 2019, said there is a possible harm to democracy when political opponents use challenge statutes to keep opposing candidates for office off the ballot.

“The federal court is tasked with protecting the soap box, the ballot box and the jury box,” Myers said. “And when these fail, people proceed to the ammunition box.”

This case arrived in Myers’ courtroom after a left-leaning, good-governance nonprofit called Free Speech for People backed a challenge to Cawthorn’s candidacy back in January. They did so under a state law that says candidates can be prevented from being put on the ballot if a reasonable suspicion exists that they do not meet state or federal criteria for office.

In this case, that criteria was under Section 3 of the 14th Amendment to the U.S. Constitution, which states that anyone who has taken an oath of office to support the Constitution and subsequently “engaged in insurrection or rebellion” against the nation, or aided people who did, cannot hold public office.

Cawthorn then sued the State Board of Elections, which oversees candidate challenges, in the Eastern District of North Carolina federal court to block the state proceedings.

Since Cawthorn did not name the actual challengers in the case, they had to ask to intervene. Myers denied that request.

Now, on the outside looking in, Free Speech for People called on the State Board of Elections and the N.C. Department of Justice to appeal.

“The state board is reviewing the court’s decision with its counsel,” according to the state board’s spokesperson, Pat Gannon.

For democracy
In the candidate challenge Free Speech for People filed with the state, it made similar arguments as Myers about protecting democracy. Only, in their argument, democracy is protected by keeping Cawthorn off the ballot.

To back their claims, Free Speech for People points to several statements Cawthorn has made in support of people arrested during the Jan. 6 insurrection, making false claims about election integrity and hinting at political violence.

“If our elections systems continue to be rigged, and continue to be stolen, it’s going to lead to one place, and it’s bloodshed,” Cawthorn told a gathering of over 200 people at an event hosted by Macon County Republicans.

Now, under Myers’ ruling, whether Cawthorn’s actions and statements reach the threshold of insurrection or aiding insurrectionists will not be heard by a panel of county election officials appointed by the State Board.

The ruling
Cawthorn’s lawyer made four arguments for why the federal court should block the state challenge from going forward. Three of them were constitutional claims, and one was over the interpretation of a law Congress passed in 1872.

Myers focused his ruling on a narrow part of the arguments relating to an 1872 law and avoided the thorny constitutional questions, a move that at first surprised University of Iowa law professor Derek Muller, who said there was a likely explanation.

When federal judges can side-step big constitutional questions and instead focus a ruling on a narrow legal interpretation, that’s often the road they will take.

The 1872 Amnesty Act reversed the ban on insurrections from sitting in public office for most former Confederates, with an exception for people serving in the judiciary, military or foreign ministers.

Congress was allowed to do this without amending the U.S. Constitution because of a provision in Section Three of the 14th Amendment that says “Congress may by a vote of two-thirds of each House, remove such disability.”

Cawthorn’s argument is that the plain language of that act forgave insurrectionists past and future. Under that logic, Cawthorn could not be challenged under the 14th Amendment because even if he was found to be an insurrectionist or a supporter, he would already have been forgiven, according to the arguments.

During the hearing, Terence Steed, lawyer for the State Board of Elections, argued that interpretation of the 1872 act is “absurd.” It was within Congress’ power to retroactively forgive insurrectionists, but to do so prospectively for all time would require a constitutional amendment.

Myers sided with Cawthorn’s argument. Congress could pass another act to reinstate the disqualification if it so chooses, Myers said from the bench.