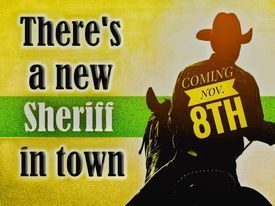 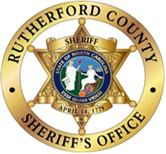 This November Rutherford County will have the opportunity to vote in a new Sheriff.  Our current Sheriff Chris Francis after multiple incidences with the office decided not to run again. Sheriff Francis has been in office for twelve (12) years being elected in 2010 from a position as a School Resource Officer at age 36.

The three men who are running to replace him are Republican Aaron Ellenburg, Democrat Jason Wease, and Independent (Republican) Tony Roberson. Each man has his own unique reasons and qualifications for seeking this office. 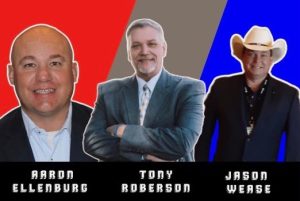 We hear a lot about qualifications to run for Sheriff but according to the NC Constitution:

Aaron Ellenburg, age 42 is currently working for NCDMV as an Enforcement Officer. He is based in Cleveland County now since filing to run for Sheriff required a transfer out of Rutherford County per department policy.

He worked for Forest City Police Department as a Patrol Officer from June -’00 -Jan. -’04.  NC Certified Law Enforcement Instructor May -’07 – present. He worked with Rutherford County Sheriff Office from Jan. -’04 – Sept. -’05. He went to NCDMV in Oct. -’05 (current) working as a Vehicle, License, and Theft Investigator. Serving as Homeland Security Task Force Officer Mar. -’18 – current. Reserve Officer for Rutherfordton Police Dept. Nov. -’99 – Sept.-’02. Aaron was a graduate of RS Central High School in 1998 and received his BLET from Isothermal Community College in 1999.

“I think what stands out is I am willing to listen to the people, and work with them to make our county better. I don’t care if you are rich or poor I care about your life. It breaks my heart seeing our county the way it is. I want to improve community/police relations. I am running for Sheriff to make a positive change in our county and with your help we can do it.” –Aaron Ellenburg.

He has had twenty-two plus (22+) years working continuously in different areas of law enforcement. Aaron is married to his wife Nikki and they have six (6) children. Aaron has asked former Rutherfordton Police Chief and retired SBI Special Investigator Randy Greenway to be his Chief Deputy should he be elected. 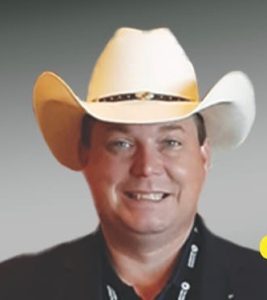 Jason Wease, age 39 is currently the owner of Wease Enterprises in Mooresboro. He graduated from Chase High School. He has also been a lifetime resident of Rutherford County. Jason announced his run for Sheriff in 2013 after saying he was compelled to run by God. He has answered that calling faithfully.

“We have a huge drug problem in the county. If elected this would be my goal, to clean up this county. I feel that God has called me to serve as your next Sheriff. I am not a politician, but I am a man of God, and want to make Rutherford County the best place to live, work, and raise a family.” –Jason Wease .

He has no law enforcement background but is a successful businessman with management experience. He currently lives in Forest City with his wife Ashton and his 4 children. Jason has not shared whom his Chief Deputy would be should he win the office. 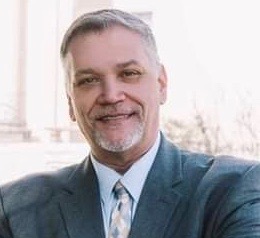 This totals up to four and one-half (4-1/2) years full-time experience and six (6) years as a reserve office/part-time  in law enforcement. There is no record of him being involved in active law enforcement for fourteen (14) years. He was running as a Republican but left his party after disagreement with their policies to run as an Independent/Unaffiliated Republican.

“Community policing is critical in attracting industry and greater economic opportunity to the county. I want to give companies greater incentive to establish business here, by providing a safer, more drug-free workforce. New business enterprises will not come to this county as long as it remains drug infested. I want to restore public trust in the Sheriff’s Department.”-Tony Roberson.

He currently lives in Rutherfordton with his wife Lisa. They both have children and been foster parents for over 16 years. Tony has asked formerly fired (see link for story/video) RC Sheriff’s Deputy Jamie Dunn to be his Chief Deputy should he be elected.

In this social media age of politics you may possibly see or hear many different things about each candidate. I suggest if you have questions or concerns to contact the candidates with them. Make your decisions based on facts not emotion.

Who do YOU think will do the better job of trying to straighten up the immense problems of the jail and the distorted perception of the Sheriff’s Office in this county?  Who do YOU think can make a positive impact on the drug problems that plague our county?

This race is important to us all. Change must come and it will regardless of how you vote. Be a positive part of that change. Get involved and please go vote!

Early voting starts Oct. 20th and ends Nov. 5th.  Early voters can vote in person at any authorized early voting site in the county. (County Annex on Main St. Rutherfordton and ICC) Vote in person is Nov. 8th. On Tuesday Nov. 8th you must vote in the precinct that you are registered in.