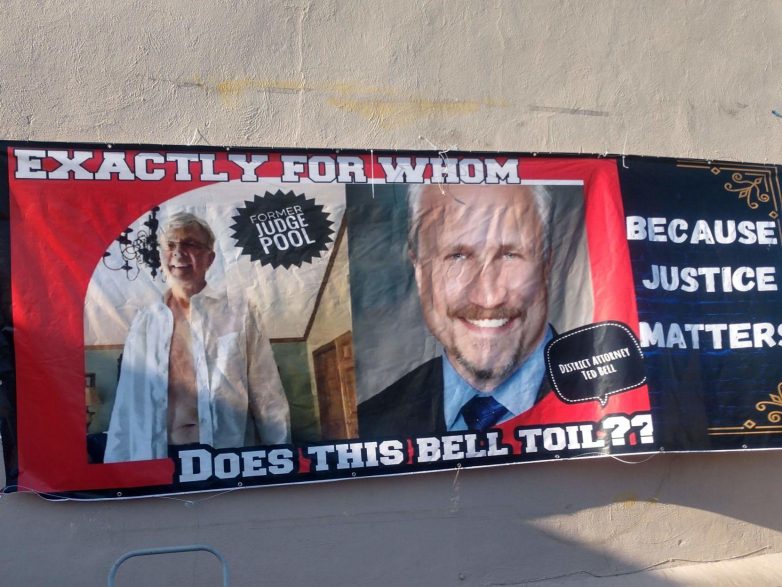 The Daily Courier published the photo of the above banner on their front page today. The banner appeared Saturday on the mural wall at Court Street and Main in downtown Rutherfordton. By Sunday it was gone – removed by the Town for usurping space on their leased mural wall.

For whom the Bell toils is a play on words regarding no prosecution of Pool or justice for his victims. The banner was strategically placed with the Bell and Pool photos together to remind the people of this injustice.

Since our prosecutorial district is in the middle of a campaign for election, we called Bell’s opponent, Krinn Evans, to ask if he knew of the banner.

“What banner?” replied Evans. I directed him to the Courier website and this was his response.

“I do not know where this came from, but it is not from my campaign. Anything from my campaign will be on either my Facebook page or will state as required “Paid for by Krinn Evans for District Attorney.””