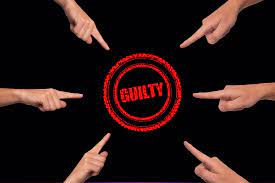 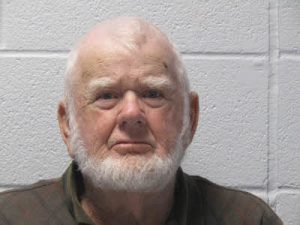 Through the joint investigation of the initial report that was received on July 20, it was discovered that Claude Linden Keever had taken, or attempted to take, indecent liberties with at least three additional persons. These individuals were juveniles at the time that the acts occurred, however, they are now adults.

On October 12, 2020, the Rutherford County Sheriff’s Office, in conjunction with the NCSBI, secured warrants for the arrest of Claude Linden Keever. He was charged with four counts of taking Indecent Liberties with a Child and one count of attempting to take Indecent Liberties with a Child. Claude Linden Keever was arrested and a secured bond of $240,000.00 was set. He will have his first appearance in the Court of Rutherford County on Tuesday, October 13, 2020.”

“A Rutherfordton man has been arrested and charged with multiple sex offenses against minors from as far back as the 1980s.

Claude Linden Keever, 85, has been charged with multiple sex offenses against minors that occurred from the 1980s to the present in both Polk and Rutherford Counties in North Carolina.

In Polk County, Keever is charged with 2 counts of felony indecent liberties with a child and one count of first-degree statutory sex offense. His next court date in Polk County is scheduled for Monday, Feb. 22, 2021.”

Arrest and Request For Information

“Claude Linden Keever, 85, of Rutherfordton, NC has been charged with multiple sex offenses against minors that occurred from the 1980’s to the present. Keever currently faces felony charges in both Polk and Rutherford Counties in North Carolina.

On Thursday Oct 12, 2022 Claude Keever finally had his hearing for indecent liberties with a child. He had six (6) counts against him in this particular case. DA Ted Bell offered him a plea deal to plead guilty to three (3) charges with sentencing at the discretion of the court. Sentencing was 12-15 months for each charge to run concurrent to each other with credit for 84 days already served. As of now it looks like he will serve nine (9) months and then will be released without supervision per Judge Tommy Davis.

This case has been before DA Ted Bell since 2020. He has put it off, continued it and otherwise let this predator free to roam among children that he could victimize without any supervision. A “no contact with children” order was issued as a condition of his bond but predators such as this often find ways around those.

This man has been sexually abusing children we are told since 1980. No one but him really knows how long this has gone on. People told others, people in charge knew, yet he was shielded from prosecution.

Why is the question that most people ask? No one wants to believe that these predators live among us. They are often people who have “standing” in the community and are respected by most. There is always an explanation for anything that might come up and of course all the children involved are always making “stories” up for attention.

People actually feel sorry for the predator as he portrays himself as the victim to others. People often say “Oh he is such a good husband and father, such a good man in the community, he can’t possibly be connected with abuse.” You see well-respected people on social media congratulating him on things like a great hole in one at a local golf course. Unknowingly linking their approval of him to his victims.

As a victim you feel hopeless. No one listens, no one believes and worst of all no one does anything about it. I know, as I was a victim of such a man. Not Keever but someone like him. Someone I had no protection from. When I finally came forward his family and friends did not believe me. He was protected by his other friends/family in law enforcement much like it appears Keever was.

I realize as an adult it is horrendous to think someone you know could do such a thing. So horrendous that you turn away from it, but the victims cannot turn away. It is their world. It is a wound that will always ache deep within them. It is an almost unforgivable sin that forever alters their lives and the lives of those who love them.

This man Claude Keever has been committing these sins against children for over forty plus years and has been shielded and protected by very powerful people who I am sure had their own reasons for doing so. Some are family and some are friends but all were complacent in allowing these things to continue.

A very wise person once told me that on Judgment Day everyone had to answer for the sin of omission when they stood by and did nothing while someone abused a child. There are a lot of people who will be surprised on Judgment Day when the subject of Claude Keever comes up and they have to answer for all the many who were affected by the things they turned a blind eye to. DA Ted Bell in particular as he was directly responsible for allowing this man to continue to prey on children. I cannot fathom how he  could allow such abuse to continue for so long on his watch.

The abusers like to say “well maybe it was just this one time, or maybe they drank too much and they were just not themselves”but this is far darker and deeper than that. This behavior is never cured. It is not brought on by alcohol or circumstance. It is a deep sickness that lurks in their heart and mind forever. There is no rehabilitation for these type of monsters. If not incarcerated they need to be watched every second of the day if around children. There have been many examples where child predators say they always have the desire to have sex with children they just fear the consequences too much so they try to abstain.

The victims of this man have been crying out for justice for over forty plus years but nothing was done until someone finally had enough guts and power to push the authorities to finally charge him. It is beyond tragic. He has his plea deal now and will serve how ever much time as the authorities see fit of his sentence. He is 87 years old but make no mistake he is still a threat to children as long as he breathes outside of incarceration.

Is this justice for his victims? No, but at least it is a start to their process of acceptance and healing.

We expect our DA to protect us from the criminals not shield them from justice like he did his friend former Judge Randy Poole. How many others he has turned a blind eye to or just continued their cases for more than six years? Why would he do these things……Why????

Claude Keever will eventually die and it would be nice to say the evil within him will die then too but unfortunately he has spread his evil and effected so many that it will continue to live for years and years. The effects of this are generational. Again, I know. It is not a fraternity you want to belong to, believe me.

I am writing strongly about this because I feel strongly about it. It goes on all too frequently in our society. Even the former Sheriff of Polk County Chris Abel was guilty of it (see link)  and was protected for years by his friends and co-workers. He ALSO took a plea deal (for NO jail time) when it finally went to court, supported by his deputies in the courtroom. Heartbreaking…..

We as a society have to do better by our children. We have to be more aware and alert. We have to listen and investigate no matter who the accused is. Our law enforcement must do better, have better training and learn to recognize the signs, and there is no excuse for any D.A. to delay by the time these cases get to him/her.

Say a prayer (if so inclined) for the victims of Claude Keever and for the victims of all who have been preyed upon by this type of evil. Hopefully they can come to terms with their trauma and accept it as a part of their life they cannot change and move on from it.

There is no justice when it comes to these acts. You cannot restore innocence and faith in a child so damaged. A sin committed against someone that has no restitution is considered one of the gravest things one can do. Anyone who knowingly protects these people is just as guilty.

Claude Keever, only YOU know how many child victims you have truly traumatized. Judgment Day is coming for you soon. Actions have consequences and yours will be dire for sure. 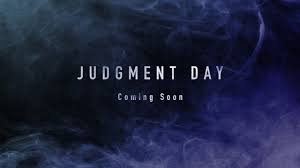