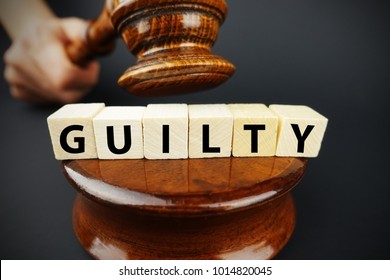 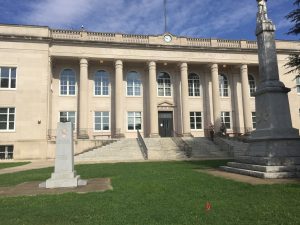 Rutherfordton- What a day in the courthouse in Rutherfordton!  This almost sounds like the set up for a Lifetime movie. 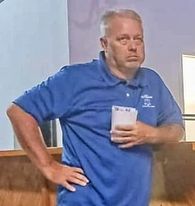 Jamie Dunn, a former Sheriff’s deputy who was fired for assaulting a restrained prisoner in the jail, who now is associated with Independent Sheriff candidate Tony Robinson to be his Chief Deputy if elected.

Attorney Greg Newman was representing Jamie Dunn. Mr. Newman has been approved to work in Asheville and Buncombe County as a defense attorney for indigent clients.

He is the former disgraced district attorney that Superior Court Judge Robert C. Ervin issued his order against on April 27, 2021 permanently removing the top criminal prosecutor for Henderson, Polk and Transylvania counties from his elected office, finding Newman engaged in “willful misconduct in office” and “conduct prejudicial to the administration of justice which brings the office into disrepute,” under N.C. General Statute 7A-66. Only the 3rd removal of a D.A. in NC history.

The judge hearing the case was Judge Gould who was asked to hear this case.

The ADA for this trial was Lacey Beam.  She graduated from Charlotte School of Law and this is her first job as an attorney.

Assault victim Christian Eugene Hardin originally said in the first trial that on October 2020 several Sheriff’s deputies responded to a call involving domestic violence at his residence.  From the time the officers arrived until he was placed in the jail, Hardin described two incidents where several deputies allegedly assaulted him.

First, during the arrest, Hardin claimed that several officers pulled him out of the police vehicle due to his behavior and physically assaulted him by, among other things, slamming his head on the ground, and engaging in an altercation that left his ribs broken and wrists in pain.

Second, after being restrained in the jail, Hardin stated, “this rage went through me.  I started cussing at [Dunn], being very disrespectful.”  Although Hardin claimed that he could not remember any specific comments directed toward Dunn, he stated that Dunn suddenly struck him once on the right side of the face. (See video of incident below)

Mr. Hardin now says he has no memory of the event and personally did not want to press charges against Mr. Dunn but since he was in custody when the assault happened Sheriff Chris Francis did it.

SBI Agent Matthew Davis who did not show up to testify at this trial but was instrumental in the first one. During Agent Davis’ testimony in the first trial, he explained that there was considerable delay before the District Attorney requested that the SBI investigate. As a result, Hardin was not interviewed until approximately ten (10) days after the incident.

Once Agent Davis began his investigation, he explained that he reviewed video footage for the entire incident, including what occurred during the arrest and in the jail.  Dunn’s counsel asked whether Agent Davis had uncovered any additional misconduct in reviewing the video footage or otherwise.  Agent Davis responded that he had discovered no additional wrongdoing.  In fact, Agent Davis stated that he had not even interviewed the other officers that allegedly assaulted Hardin and broken his ribs.

When Dunn’s counsel asked why Davis had neither spoken with the other officers that Hardin claims assaulted him or looked at other possible incidents of misconduct, Davis testified that he was to look only at any potential wrongdoing “in the jail” and that he was specifically instructed “not to stray away from that.”

Now that you know the main players and have some background. This is how the trial went. This was a juried trial heard in Superior Court on September 20,2022 in Rutherford County.

It appeared to be a slam-dunk for the state since they had actual video of the incident. Officers stated on the stand that that Dunn had a history of control issues and had been disciplined in the past.  (sticks and stone may break my bones but words will never hurt me….remember that one?)

Dunn said that he had just suffered the loss of his mother but felt he had to go in that day “for his guys.” He said the victim made multiple remarks towards him and finally got explicit about his daughter. He then said he snapped and hit him. Mr. Dunn talked about his service and that he was a good officer. He implied that there might have been other reasons that he was fired because of this incident as no other officers were charged for the other assaults. (Mr. Dunn was supporting Tony Roberson who at that time was going to be running against Sheriff Chris Francis before he withdrew from the race)

ADA Beam asked one question of Mr. Dunn after his testimony. That question was “Was the defendant restrained when you struck him?” Mr. Dunn answered yes and she said no further questions.

In closing arguments Mr. Newman started instructing the jury on the issue of intent stating that intent meant you had to have ill will with intention to hurt the other person. The judge interrupted him at this point and took him back to chambers as he was totally misrepresenting the law. The judge then returned from chambers and instructed the jury that Mr. Newman was WRONG in his explanation of the law.

ADA Beam said Mr. Dunn was in area he was not supposed to be in and it was his decision to exchange insults, touch him then hit him.

The jury deliberated a very short time and returned with a guilty verdict against Mr. Dunn.

So many questions about this case still are circling around and we may never know the complete truth but you have got to admit, it is quite the story.