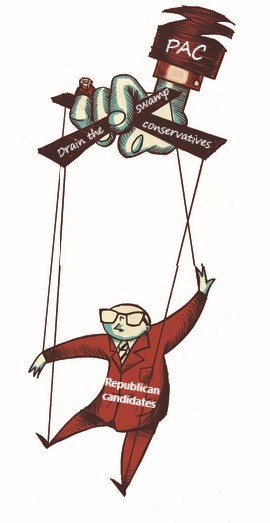 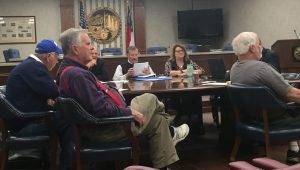 The leadership in the NC GOP Party confirmed yesterday that all primary candidates were to be given equal support.

This mandate could be ONE reason for the formation of a Political Action Committee (PAC) to get around the rules as they have in their past politics. Undoubtedly the PAC mailing was designed to look exactly like the official GOP mailing to deceive voters into thinking it was the GOP. PAC members hid their identity behind their organization. Documents show David Reno, Tony Helton fired CEO of the Challenge Foundation Academy and disgraced former commissioner Julius Owens to be in the PAC. Candidate Mike Hager announced that the PAC mailing was “his” while working the polls.

RC Catalyst has learned that some GOP executive committee members may also be members of the DraintheSwampConservatives PAC. In fact, when working on obtaining profiles for candidates for a Politics and You article, our reporter reached out to the official GOP site and to chairman Dick McCallum for any profile materials the party might have. He sent his preferred candidate list to us.

The GOP party will be voting new officers in at their “convention” in two weeks. It’s time for new leadership. Beware of PAC members of being the nominating committee and their dirty political tactics of opening the nominations from the floor and then having one of their PAC members immediately move to close them before any submissions can be made. A representative of the State GOP will be in attendance.