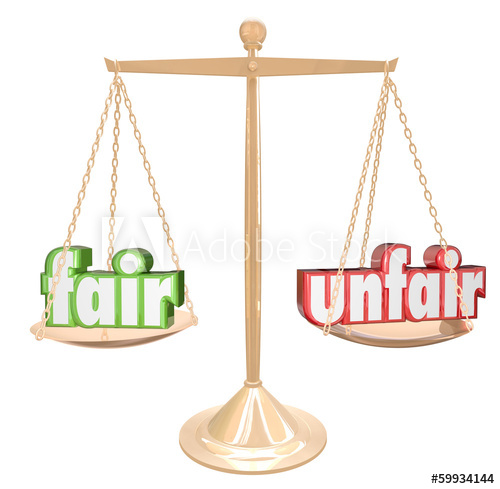 Since the sudden resignation of former Chief Judge Randy Pool, allegations of further misconduct have continued to surface. Many of the known victims are currently reluctant to reveal their stories or seek assistance in making any attempts to seek legal recourse for Judge Pool’s often retaliatory conduct. Judge Pool seemingly punished these other victims in ongoing court cases in which these women were involved. According to victims who have spoken confidentially about this matter, the basis for their reluctance is that they fear being prosecuted after learning that District Attorney Ted Bell opted to charge the first victim to come forward to publicly disclose Judge Pool’s misconduct with extortion.

As the community continues to wait for the ongoing investigations by the SBI, FBI, and Judicial Standards Commission – the existence of which Mr. Bell identified in his motion to prevent disclosure of all damaging information regarding Judge Pool’s misconduct to the public while prosecuting the first victim mentioned above – Judge Pool’s position on the bench remains vacant.

Since the end of Judge Pool’s tenure as the Chief Judge of District 29A, Governor Cooper has appointed numerous other judges to fill judicial vacancies in other districts across the state. While the delay in filling former Judge Pool’s position is unclear, information as the front-runner replacement candidate, Michelle McEntire, has begun to surface that raises concerns as to her possible appointment to the bench.

Although it will likely be necessary to await the outcomes of the ongoing state and federal investigations before fully understanding the damage created by Judge Pool’s actions, it is already known from the women who have been willing to speak confidentially that there are, at a minimum, dozens of other victims, many of whom were punished by Judge Pool in their cases pending before him in the event they failed to acquiesce in his solicitations.

Those who were complicit, often received favorable legal rulings at the expense of the opposing parties. It now appears that Ms. McEntire represented one of the women affected by Judge Pool’s misconduct, yet took no actions to help her client or to take any other actions to report or stop Judge Pool from continuing to harm those appearing before him based on their decision of whether to comply with his sexual demands.

Given the severity of the harm done to the people in this community by an elected judge, as well as the elected district attorney Ted Bell’s refusal to take any actions against former Judge Pool, it has become increasingly clear that lifting the silence and secrecy surrounding these issues is the only meaningful way to address these and other problems present in our local government. Despite multiple other victims coming forward to publicly relay their stories – with one such victim also being threatened by former Judge Pool that he would have her charged with extortion in the exact same fashion as the victim Mr. Bell is currently charging, it is critical that the people of District 29A know if any of the current candidates to replace former Judge Pool had any involvement in, or knowledge of, the judge’s actions. Further, any information suggesting other issues that could further damage the people of Rutherford and McDowell Counties should be known by the Governor in making his appointment to the judge’s seat.

On June 2, 2020, Ms. McEntire filed a Verified Rule 60 Motion in a case involving her client (the name and case information will not be provided in this article given the concerns that many of the victims of expressed), which is a legal mechanism to seek relief from a previous court order that was wrongfully entered by the court. In Ms. McEntire’s motion, she acknowledges that she was informed that Judge Pool was soliciting sexual favors from her client’s grandmother in early 2020. In response, Ms. McEntire represents that she spoke with her client about this information and that her client did, in fact, confirm that Judge Pool was engaging in sexual communications with the client’s grandmother who was hostile to the client’s position in the ongoing case.

Ms. McEntire then concludes that “rather than recusing himself, Judge Pool made rulings in the case without disclosing his personal involvement with people involved in the most essential allegations of the petition.” This case ended with an adverse ruling against Ms. McEntire’s client – a predictable outcome given that the grandmother who was adverse to the client’s position complied with Judge Pool’s advances.

While this client should have this case reviewed, the timing of Ms. McEntire’s motion is a concerning for a number of reasons:

In fact, despite Ms. McEntire’s employment as an assistant district attorney and relationship with Mr. Bell, Mr. Bell continues refusing to charge Judge Pool for any of the actions involved with the victims that have come forward in hopes of ensuring the corruption of public officials in this district will not continue to harm others.

The concerns regarding Ms. McEntire’s potential appointment to Judge Pool’s seat do not end with her passive facilitation of Judge Pool’s predatory behavior toward the women of this community. While serving as the assistant district attorney to Mr. Bell, Ms. McEntire took actions that systematically harmed the African-American community in District 29A.

In May 2013, Darian Mosley, an African American man, was charged with the death of his girlfriend, a white female. On May 24, 2016, Mr. Mosely was convicted of second-degree murder and sentenced to at least twenty (20) years in prison. Ms. McEntire’s prosecution of the case generated significant media backlash and active protests in McDowell County for what many viewed as an unfair trial.

As but a few examples, a civil rights group, True Healing Under God, and Mr. Mosely’s family expressed outrage at the selection of an all-white jury, some of whom were seen sleeping during the trial.

Several spectators recalled that the judge personally knew at least one of the jurors and had ties with the juror’s family. This juror was seen winking at the family of the victim during the trial.

Others attending the protests recounted that Ms. McEntire distorted and misrepresented evidence. In late 2017, Mr. Mosely’s sentence was reduced to 13 years after successfully seeking recourse with the North Carolina Court of Appeals.

In 2017, Ms. McEntire on behalf Mr. Bell’s office, charged an African American man named Curtis O’Neil Logan with assault on a white female, assault inflicting serious injury constituting habitual misdemeanor assault, and attaining habitual felon status. Based on Ms. McEntire’s designation of Mr. Logan as a habitual felon, Ms. McEntire offered a plea deal whereby all of the charges would be consolidated into one Class D felony for which Mr. Logan would be sentenced to a term of 60 to 84 months, which Mr. Logan accepted.

Contrary to Ms. McEntire’s designation of Mr. Logan as a habitual felon, which drastically increases the length of active prison time for the charges at issues, there was no legal basis to support charging him as a habitual felon.

After Mr. Logan realized that Ms. McEntire had wrongly charged him as a habitual felon, Mr. Logan notified the district attorney’s office, which refused to correct the injustice that would have resulted in him remaining incarcerated far longer than legally permissible.

In fact, Mr. Logan filed an appeal identifying these unlawful actions and Mr. Bell, again, failed to afford Mr. Logan the right to be treated fairly and in accordance with the law. Nearly three years after being incarcerated for what the district attorney’s office knew was an unlawful categorization of Mr. Logan as a habitual felon, an agency operating outside of this district finally intervened, resulting in the termination of Mr. Logan’s incarceration.

On the preceding Friday, shortly before the close of business, however, Ms. McEntire filed a motion seeking to introduce otherwise inadmissible evidence due to a meeting she had just conducted with the victim where, according to Ms. McEntire, the victim no longer remembered the allegations against Mr. Berry with the level of detail as the days following the alleged incident.

In doing so, Ms. McEntire refused to produce any information from the interview she acknowledged holding with the victim, as well as other exculpatory evidence that had been withheld from Mr. Berry when Ms. McEntire produced discovery to defense counsel. If her efforts had been successful, Mr. Berry would have been deprived of critical evidence to his defense and would have been unable to mount a meaningful defense to the claims against him. Mr. Berry’s counsel forcefully responded with a motion for, among other things, sanctions. Mr. Berry’s counsel was successful in preventing Ms. McEntire from withholding this information and, immediately thereafter Ms. McEntire left her position at the district attorney’s office.

In light of the damage done to those involved in the judiciary, the destructive impact Judge Pool’s actions have had on the community’s faith in the legal system, and the ongoing racial issues that all hope will result in meaningful change, the community must remain informed about the problems that plague our government and about those seeking to ascend to official positions where those individuals will be the leaders entrusted to address those issues.

This site uses Akismet to reduce spam. Learn how your comment data is processed.