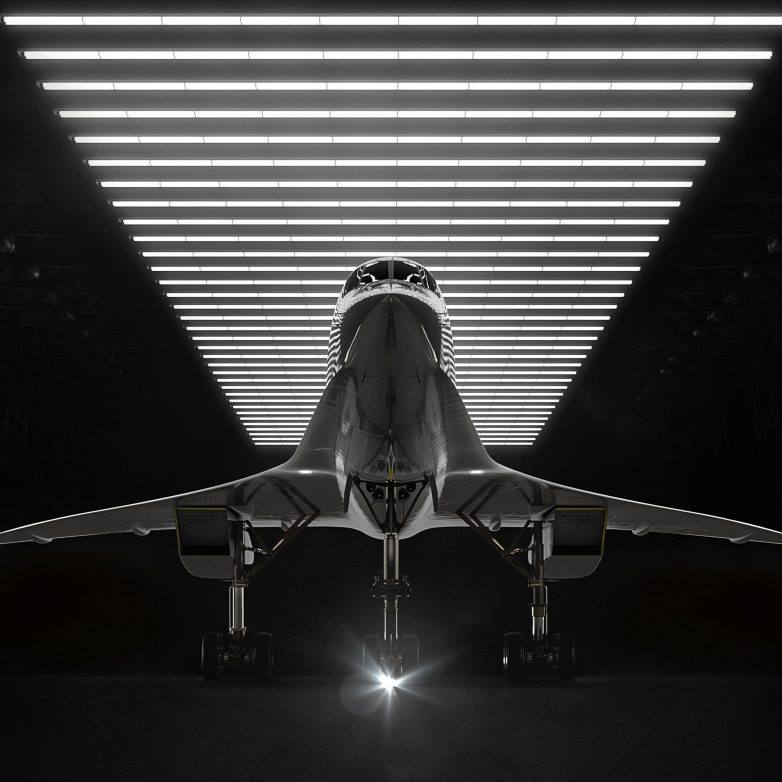 Boom Supersonic, the high-profile aviation company building modern supersonic airliners for commercial service, will build its manufacturing and final assembly facility in Greensboro, creating more than 1,750 jobs by 2030, Governor Roy Cooper announced today. The project will bring an investment of more than $500 million through 2030 at a site located at the Piedmont Triad International Airport in Guilford County.

“It is both poetic and logical that Boom Supersonic would choose the state that’s first in flight for its first manufacturing plant,” said North Carolina Governor Roy Cooper. “Like the success of the Wright Brothers at Kitty Hawk, this innovative company will succeed by transforming passenger air travel with speed and sustainable energy.”

Boom Supersonic is redefining commercial air travel by bringing sustainable, supersonic flight to the skies. Boom’s historic commercial airliner, Overture, is designed and committed to industry-leading standards of speed, safety, and sustainability. Overture will be net-zero carbon, capable of flying on 100% sustainable aviation fuels (SAF) at twice the speed of today’s fastest passenger jets. Overture has garnered significant commercial interest, including orders and options from United Airlines and Japan Airlines as well as contracts with the U.S. Air Force for government applications    .

“Selecting the site for Overture manufacturing is a significant step forward in bringing sustainable supersonic air travel to passengers and airlines,” said Blake Scholl, founder and CEO of Boom Supersonic. “With some of the country’s best and brightest aviation talent, key suppliers, and the state of North Carolina’s continued support, Boom is confident that Greensboro will emerge as the world’s supersonic manufacturing hub.”

The North Carolina Department of Commerce coordinated the state’s recruitment of Boom, which also involved state, regional, and local organizations.

“Ever since the Wright Brothers but even more so today, the aviation and aerospace sector drives a significant part of the North Carolina economy,” said Commerce Secretary Machelle Baker Sanders. “We’ve reached this achievement by developing specialized workforce development programs for this industry, and as our state strategic plan for economic development makes clear, we’ll keep working to make North Carolina First in Talent, and not just First in Flight.”

The project from Boom Technology, Inc., operating as Boom Supersonic, will be facilitated, in part, by a High-Yield Job Development Investment Grant (JDIG) approved by the state’s Economic Investment Committee earlier today, the first JDIG of this classification ever awarded. Boom’s project is estimated to grow the state’s economy by at least $32.3 billion over 20 years, the time period when the grant could be active. Using a formula that takes into account the new tax revenues generated by the 1,761 new jobs, and accounting for a company investment of $500 million, the JDIG agreement authorizes the potential reimbursement to the company of up to $87.2 million, paid over a time period of 20 years.

Like all grants from the JDIG program, any state payments only occur following performance verification each year by the departments of Commerce and Revenue that the company has met its incremental job creation and investment targets.

The state approved additional support to help with final site preparations at the Piedmont Triad International Airport as part of the recently passed state budget (North Carolina House Bill 334). The legislature appropriated $106.7 million to the Department of Commerce to be used for site and road improvements and the construction of one or more aircraft hangars.

Salaries for the new jobs will vary by position, but taken together will average $68,792, increasing the regional payroll by more than $120 million every year. The Guilford County average annual wage stands currently at $53,994.

“Boom Supersonic’s decision to build its new campus in North Carolina proves once again that we are a top state for job creators and have a deep pool of talented workers,” Senator Phil Berger, President Pro Tempore of the North Carolina Senate, said. “Over the past decade we’ve turned North Carolina into a jobs-friendly state with low taxes, reasonable regulations, and a world-class education system. Today’s announcement is a result of that transformation.”

“We’re excited to see even more new jobs and investment come to North Carolina thanks to the thriving economic environment in our state,” said North Carolina Speaker of the House Tim Moore. “Boom Supersonic will write the next chapter of North Carolina’s great aviation story, and they’ll do it right here in the Piedmont Triad region.”