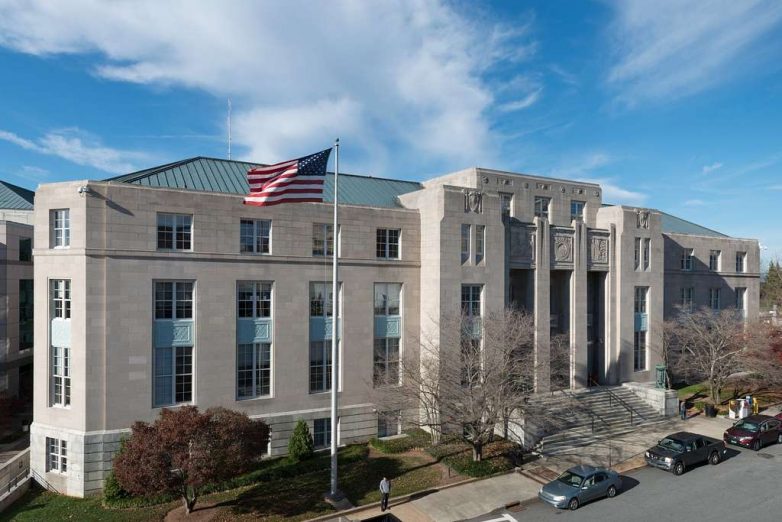 Soon afterward a Motion to Dismiss was filed by Defendant David Chambers. Then two motions were filed by the Attorney General’s office who represent Judges Davis, Martelle, McEntire and Shelley as well as District Attorney Ted Bell. These motions included:

The motion to remove was granted, and the motion to dismiss is in relation to claims of judicial immunity and prosecutorial immunity, and through that immunity the individuals named cannot be held accountable for their actions due to said immunity.

On October 28, 2021, the offices of Womble, Bond and Dixon representing Sheriff Francis and Officers Murray, Mode, Greene and Chavez-Perez filed a motion to dismiss based on qualified immunity; although the complaint listed multiple charges and examples of actions taking place outside of said immunity.

The pending motions were heard in Federal Court a week ago. At issue are judicial, prosecutorial and qualified immunities as stated.

Voters might note all elected officials would claim some form of either judicial or prosecutorial immunity for their actions. It could seem that they are telling the public “you elected me, I don’t have to explain what I am doing – I can do whatever I want and be immune.” Of course, each reader needs to make their own determination when they vote.

Judge Max Cogburn heard arguments on the Defendant’s Motions to Dismiss on Jan. 31, 2022 in Asheville Federal Court. Cogburn’s ruling will determine whether the case has legitimacy to continue or not. District Attorney Ted Bell and local attorney David Chambers who represents himself were the only defendants in the courtroom.

“Are all these judges recusing this attorney?” Cogburn asked. “I mean I understand recusal. I deal with attorneys I can’t work with, but to have this many judges recuse this attorney is highly unusual.”

Recusals from hearing LaBreche’s cases has effectively rendered him unable to practice law in Rutherford and McDowell counties.

O’Brien answered that LaBreche has asked people to follow these judges and take pictures of them. LaBreche has denied those allegations.

Cogburn told a story of seeing a judge’s picture basically made fun of and added, “We’ve got a tough job and I don’t see a problem with people taking pictures of a judge. I am not going to recuse myself over a picture.”

Originally the judges had also recused against attorney Krinn Evans, but upon learning that Evans had not been a part of the group they had investigated, released their recusals. The McDowell Clerk of Court, however, still recuses against Mr. Evans without providing a reason.

None of this alleged picture seeking group was ever interviewed and the investigation came to naught.

However, the judges have never publicly stated the reason for the recusals, their mistakes, or offered apologies to Mr. Evans for their erroneous actions.

Additionally, several of LaBreche’s jailed clients reported extensive questioning about him while in custody.

Judge Cogburn asked Plaintiff LaBreche what outcome the Plaintiff wanted from the suit.

LaBreche answered he wanted the judicial council not to meet in violation of the open meetings law along with having corruption dealt with in the sheriff’s department and others.

A ruling by Judge Cogburn is expected soon.