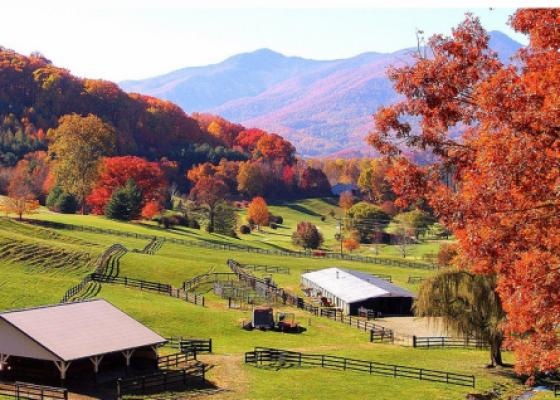 Residents excited at the potential to have access, but county officials planning to leverage federal dollars to build infrastructure say they are grappling with lags in NC broadband grants system.

While several Western North Carolina counties — Buncombe, Haywood, Madison, Transylvania and Rutherford — are dedicating some pandemic recovery money to expand broadband access, only one is dedicating nearly all of its federal dollars to the initiative.

“I’ve actually had mothers … call me and say, ‘Is this my address?’” said Barrier, who has been county manager since 2017.

After he told the callers that their homes did fall within the 60-mile range in southwest Avery County where broadband fiber will be installed courtesy of the ARPA funds, Barrier said, the women cried.

“You know, they’ve got four kids in the school system, and they bought the house not knowing how spotty the internet was going to be,” he said.

That’s far less than the state percentage of 68% but on par with the rest of Western North Carolina, which holds an average of 55% of households with internet through cable, fiber or DSL.

The reason that cable, fiber and DSL provide the most reliable internet connection is also the reason that counties like Avery have limited access: These services require external infrastructure that carries a hefty installation cost.

So when Barrier learned Avery County would receive more than $3.4 million in ARPA funds, he quickly began conversations with county commissioners to figure out how to use the federal money to expand broadband access.

“We felt that it would make a difference to get affordable, reliable internet,” he said.

“This was a goal we felt was achievable.”

It is achievable with ARPA money, which the U.S. Department of the Treasury distributed to local governments to use for recovery from the economic and social debris of the COVID-19 pandemic.

One of the Treasury Department’s key focuses of ARPA is ensuring stable broadband access — a necessity highlighted during the pandemic when school, work and health care moved online.

“The urgency of the digital divide became really obvious,” said Nate Denny, secretary for broadband and digital equity for the N.C. Department of Information Technology.

The state, which received an ARPA allotment separate from those given to local governments, is using the funds to bolster broadband access throughout North Carolina.

Roughly $840 million of the state’s ARPA money is going toward the Growing Rural Economies with Access to Technology grant, the Completing Access of Broadband program and the Broadband Stop Gap Solutions project — all of which work with local governments and internet providers to expand and enhance services.

While these programs help local governments looking to ease the burden of poor connection for online school or virtual doctor’s appointments, securing the funding is a long and difficult process.

“No (government) that I’ve talked to that needs broadband — and there’s a lot of mountain counties that do — no one’s been able to spend any money yet,” Barrier said.

Haywood County, for example, encountered difficulties in expanding broadband after finding out that if the county used ARPA funds to match the GREAT grant during the 2021-22 application cycle, the county would be unable to use the COVID relief money for the initiative in the 2022-23 cycle.

“We didn’t want to go on a smaller scale and not be able to expand broadband as much,” Morehead said.

In Avery County’s case, frustration with the process lies in the lag in GREAT grant awards. While applications were due in April, the state has still not announced which counties received the awards and how much they will get.

Avery County officials plan to move forward with internet expansion with or without the requested match of $250,000 in GREAT grant funding, but they can’t move on the project without knowing whether they got the initial request.

If Avery doesn’t get a GREAT grant allotment, Barrier said he’ll work with internet providers to establish a firm plan for expansion with the county’s $3 million in ARPA funds, and then apply for a match through the Completing Access of Broadband program.

“(State and federal) guidelines have choked this process,” he said.

Even if Avery doesn’t get state assistance through the Completing Access of Broadband program, the county will continue with broadband expansion on its own. Barrier said the county’s $3 million in ARPA funds will provide fiber access to 900 homes.

While more money for the project is preferred, ensuring that at least some homes have access to solid internet connections is a step forward.

“When you live in areas that are served, you have no idea what the other areas are going through,” he said.