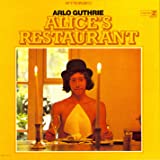 In a move that deserves mention in its own legendary ballad, District Attorney Ted Bell recently scheduled a simple littering trial as the very first case to be heard by a jury in nearly a year. Due to the effects of the COVID-19 pandemic, jury trials have been prohibited until recently. On December 14, 2020, then Chief Justice Cheri Beasley of the North Carolina Supreme Court issued an order postponing all nonessential, in-person court proceedings.

Beginning on March 1, 2021, North Carolina courts were allowed to resume jury trials. While courts are currently operating with reduced capacity, Bell, who schedules court cases, ignored other criminal cases to queue up a litter charge against Anthony Morrow, a local attorney who was part of the defense team for Jennifer Morgan Tierce, as the first trial in McDowell County since juries were allowed to continue operating. 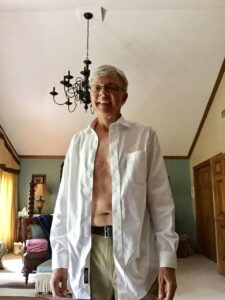 As previously reported, Tierce was the first victim of former-District Court Judge Randy Pool to speak publicly about Judge Pool’s sexual exploitation of women – many of them appearing in his court before him – in which he routinely preyed on women by offering to provide legal or financial favors in exchange for compliance with his sexual solicitations.

In a January 13, 2020 court filing, Morrow claimed that “Judge Pool’s actions were facilitated, in part, by the District Attorney’s office,” as alleged that the District Attorney’s office was well-aware of Judge Pool’s unlawful actions, actively suppressed information regarding his actions from becoming known publicly or reaching any outside investigatory agencies, and that Bell “took active steps to protect Judge Pool by intimidating all of his victims through public statements and charging the first victim to publicly disclose Judge Pool’s unlawful actions.” Morrow requested that the court remove Bell from the case and impose sanctions against him for the conduct described, in detail, in Morrow’s court filing.

Although Bell has provided no comment as to why he opted to prioritize Morrow’s littering ticket as the very first trial to occur since the COVID-19 pandemic, Bell brought in a special prosecutor and utilized the court resources during the TWO-DAY trial in what could have been a political prosecution. The case already had problems:

Two days of valuable court time were given to this littering trial while other more serious criminal cases, such as the Claude Keever matter involving decades of child sexual abuse, were overlooked; and while cases that have been pending for far too long, such as numerous cases involving the Word of Faith Fellowship/Matthew Fenner that were filed in 2015 – nearly six (6) years ago – continue to age with the defendants being forced to live their lives under a shadow of serious charges pending against them and no way to try and clear their names.

The jury found Morrow NOT GUILTY.