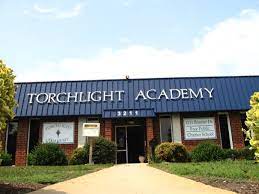 School will close for good June 30.

As was expected, the State Board of Education on Thursday unanimously agreed to terminate Torchlight Academy’s charter due to ongoing concerns about the school’s finances and governance.

The board’s decision means more than 500 K-8 students from Wake and surrounding counties will be forced to find new schools in the fall. The school will close on June 30.

State Board member Amy White, chair of the board’s Education Innovation and Charter Schools Committee (EICS), said the committee considered recommending the immediate closure of the school, which had been managed by Raleigh businessman Don McQueen through his Education Management Organization (EMO), Torchlight Academy Schools LLC.

White said the EICS panel recommended allowing the school to remain open until the end of next month because it has confidence that interim school leader Randy Bridges would work with the N.C. Department of Public Instruction (NCDPI) to minimize disruptions and ensure “consistency” in the delivery of state testing as the school year comes to a close.

“We felt like Dr. Randy Bridges would be able to provide that security and we voted to allow them to continue to the end of the [fiscal] year,” White said.

Last month, the state board did order the immediate closure of Three Rivers Academy, a small charter school of about 90 students in Bertie County that was also managed by McQueen’s EMO. An NCDPI investigation turned up many of the same financial and governance issues at Three Rivers found at Torchlight Academy.

The state board voted in March to revoke Torchlight’s charter. The school’s board withdrew its appeal of that decision in favor of last week’s informal hearing before the EICS panel to make a case for being allowed to keep the school open.

Bridges told the panel that only 10 of the 153 families that responded to a survey question about whether they planned to return to the school next fall, said they would not. He said many families had already started the application process, and enrollment was expected to reach 500 next school year.

The board also shared plans to replace the entire Torchlight board within a year. The board has been criticized for failing to adequately oversee school finances and operations.

White shared these concerns about Torchlight:

As Policy Watch previously reported, the Torchlight board ended its relationship with the McQueens after NCDPI officials uncovered numerous fiscal and governance issues at the school, including serious misconduct in its special education program, which was led by the McQueens’ daughter, Shawntrice Andrews.

Sherry Thomas, director of the Exception Children Division at NCDPI, told the EICS panel last week that she remains concerned about the school’s ability to provide students with needed services, despite efforts to correct problems in the program.

“I still don’t have confidence that there is a strong understanding and a strong director in the school of special education that will help correct the practices, and that’s the problem,” Thomas said. “It’s not fixing a piece of paper.”

The school’s board also fired Andrews’ husband, Aaron Andrews, who was listed on the school’s staff roster as a teacher’s assistant. It also ended a lucrative janitorial contract the McQueens dealt their son-in-law to clean a portion of the school used for a federally funded after-school program.

NCDPI records show that the McQueens paid their son-in-law $20,000 a month to clean a portion of the school being used by the federally funded 21st Century Community Learning Center program, Policy Watch previously reported. Such centers provide children in high-poverty, low-performing schools academic help during non-school hours. Aaron Andrews’ custodial firm, Luv Lee Sanitation, was responsible for cleaning the six classrooms and common areas used exclusively by the program. The contract was signed by Cynthia McQueen.

A recent audit shows that the McQueens, who were both employed by the school and owned the firm that managed it, gave themselves hefty raises. Each was paid $160,000 during the 2020-21 school year, a $60,000 increase over the $100,000 each reportedly received the year before.

The Torchlight board’s attorney, Stephon Bowens, told the EICS panel that the board is working hard to “recapture” public money the McQueens’ misspent.

“There is a real possibility there might be litigation,” Bowens said.