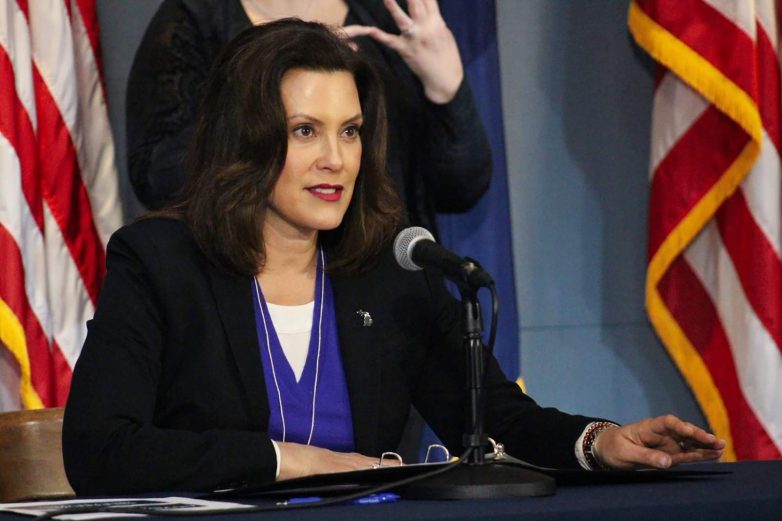 In Courts & the Law, News

Two men whose first trial on charges of planning to kidnap Michigan Gov. Gretchen Whitmer in 2020 ended in a mistrial, have been convicted by a second jury.

Adam Fox, 39, and Barry Croft Jr., 46, were found guilty in federal court in Grand Rapids Tuesday morning on conspiracy charges connected to a plot to kidnap Whitmer from her vacation home in northern Michigan in retaliation for her COVID-19 restrictions early on in the pandemic.

Prosecutors also contended that the plotters, two of whom were found not guilty in the first trial, sought to create chaos in the days leading up to the 2020 general election.

Fox and Croft were also found guilty of conspiring to obtain a weapon of mass destruction, related to their attempt to purchase explosives that could be used to blow up a bridge near Whitmer’s vacation home in order to slow police responding to the kidnapping.

Evidence presented during both trials indicated Fox twice traveled to northern Michigan to scout out the area around Whitmer’s second home with Croft and an undercover agent coming along on one of the trips.

Croft, a trucker from Delaware, was also convicted on an additional explosives charge.

Assisting the prosecution was testimony from two other defendants, Ty Garbin and Kaleb Franks, who earlier pleaded guilty as part of a deal. Garbin was sentenced to six years in prison in August 2021. Franks has yet to be sentenced.

The investigation began when a U.S Army veteran, Dan Chappel, agreed to become an informant after joining the group, who called themselves the Wolverine Watchmen. He said he did so to maintain his firearm skills, but agreed to assist the FBI l after discussion among the group turned to making plans for attacking police.

The FBI then placed a pair of informants and another pair of undercover agents in the group, finally deciding to arrest the plotters in October 2020 after authorities say they discussed raising $4,000 to purchase the explosive to blow up the bridge near Whitmer’s vacation home.

Defense attorneys tried to portray the investigation as one designed to entrap their clients, whom they described as “big talkers” that liked to smoke marijuana and then indulge in heated rhetoric about Whitmer and the government.

Croft’s attorney, Joshua Blanchard, told jurors that just because one may not agree with his client’s ideology, that didn’t mean they should be automatically suspected of potentially committing a crime.

“This isn’t Russia. This isn’t how our country works,” he said.

Fox’s attorney, Christopher Gibbons, described his client  as poor and living in the basement of a Grand Rapids-area vacuum shop, telling jurors that the FBI isn’t supposed to create “domestic terrorists.”

The guilty verdicts were welcomed by Whitmer.

“I want to thank the prosecutors and law enforcement officers for their hard work and my family, friends, and staff for their support,” said Whitmer. “Today’s verdicts prove that violence and threats have no place in our politics and those who seek to divide us will be held accountable. They will not succeed. But we must also take a hard look at the status of our politics.

“Plots against public officials and threats to the FBI are a disturbing extension of radicalized domestic terrorism that festers in our nation, threatening the very foundation of our republic. I ran for office because I love my fellow Michiganders and my home state with all my heart. I always will. I cannot — I will not — let extremists get in the way of the work we do. They will never break my unwavering faith in the goodness and decency of our people.”

Jon King is a reporter for the Michigan Advance, which first published this report.