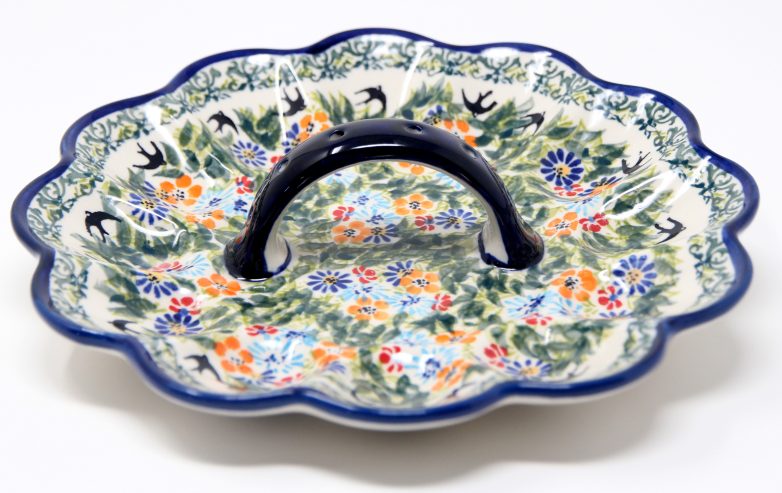 In Commentary
Recent news reports confirm stolen artifacts—many of them in the “priceless” category– are finally being returned home by the countries who took them as the spoils of war or bought them on the “gray” market. This actually makes me giddy. Yes, I’m filled with hope that if this can happen on such a massive scale all over the globe, perhaps, one day the unnamed person who never returned my deviled egg platter with the bunny rabbit handles will follow suit.

I know what you’re thinking: How can you possibly try to compare  decades of delicate geo-political negotiations required to return a Colonial-era treasure trove of ancient artifacts to a flippin’ missing deviled egg platter that may or may not have had a significant chip on the left handle as I recall.

France recently agreed to return to Africa a trove of statues and paintings and even the Hobby Lobby folks are returning some of the 17,000 smuggled ancient pieces acquired for display in their Bible museum in Washington.

That seems appropriate. Although legally obtained from what I can tell, there was definitely an awkward “fell off the back of a truck” vibe to the Hobby Lobby booty.

Honestly, I applaud the return. They could just as easily have stashed that stuff in aisles 1-40,000,000 in just one store. (“You lookin’ for Cricut scoring wheels? They’re right over there ‘hind those Torah scrolls and ancient Israeli antiquities.”)

I’m guessing right about now you’re not all that excited about me missing my dumb deviled egg bunny plate. But, yeah, it’s part of my culture and it needs to be repatriated pronto.

See, as a Southern woman, I constantly live in three states: making a casserole, freezing a casserole, or delivering a casserole. The long-ago pilfering of my beloved Peter Cottontail egg plate taught me to deliver food to the bereaved and aggrieved via disposable foil pan. This may seem tacky but it’s ultimately the kindest gesture of all because, as I was told by a new neighbor from the North, “I’ve heard you people think you shouldn’t return an empty dish.”

Blech. Us people. While it’s technically true Southerners get pretty  knotted up about rules like always returning a dish with something in it, I disagree. If the casserole is delivered in a Handi-Foil pan, you can just heat, eat and recycle the empty pan instead of having to fret about returning it with box brownies to ease your conscience. For example.

I’d sooner hire ragey podcast host turned medical doctor in his own mind, Joe Rogan, to do my inevitable knee replacement than give someone a meal that leaves them burdened all over again because they think they are obligated to pay me back. It gets silly. We could do this for years back and forth and sideways and nobody wins.

“I’ll get your dish back” is a phrase I don’t want to hear because now we’re both on the hook. It is almost as sad and unwelcome as the other four-word sentence we hear this time of year: “Daylight Savings Time Ends.” To be fair, neither of those is as legitimately depressing as the headline screaming from every supermarket food magazine through November: “A Vegetarian Thanksgiving!” Hard pass. Just let me munch on this empty foil turkey roasting pan.

But I digress, also a Southern quirk. None of this has much to do with the news of repatriated artifacts. I’m a huge fan of the museum…gift shop. I think it’s crucial for people to be able to see how they got here. Cambodia is stepping up efforts to get its history back from the Met, for instance.

And if their tactics work, I may want them to hop on the bunny trail.

Celia Rivenbark is a NYT-bestselling author and columnist. Write her at celiarivenbark@gmail.com.