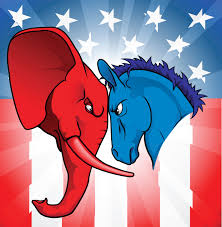 It’s an overworked phrase, but for all the focus put on fundraising, polls, gaffes, and dark money PACs, elections really do come down to turnout.

This year, the mix of voters who show up at the polls, what motivates them to do so and, of course, the totals they post when their ballots are counted will determine North Carolina’s U.S. Senate race. In this era of razor-thin partisan margins, the results could decide control of the chamber itself.

In a state changing as rapidly as ours, understanding voter characteristics requires analyzing trends, particularly the rapid rise in unaffiliated voters.

Last week the number of North Carolina voters registered as unaffiliated eclipsed Democrats as the largest group of voters. As of March 19, the running tally by the state Board of Elections reported this breakdown:

It was another milestone in a state that is growing from in-migration and also on the move inside its borders. Dozens of rural counties continue to lose population while urban centers along I-85 and I-40, their suburbs and the mid-sized towns around them, draw new residents from both in and out of state.

Although North Carolina continues to see an influx of retirees, overall the electorate is trending younger. All voters under 40 are millennials and Gen Z, whose generations now represent the largest age group by registration. But they’re still not the largest voting bloc as Boomers still show up in higher numbers.

Catawba College political science professor Michael Bitzer, who regularly crunches the numbers on voting patterns and registration demographics, said the increase in the percentage of younger voters and those registering unaffiliated are intertwined.

“If you look at the now youngest voters, those voters 18-23, Gen Z, 47% of them are unaffiliated. The statewide number is 35%,” Bitzer said in a recent interview. “So they are continuing a trend that that millennials started, eschewing the party labels for unaffiliated status.”

Unaffiliated does not mean neutral, especially in the May 17 primary.

“Primary voters tend to be the most intensely partisan, Bitzer said. “That includes both the partisan registered voters and the unaffiliated.”

The most recent midterms came during a rare blue moon election year with no statewide office at the top of the ticket.  That makes it somewhat harder to know what will happen this year, but Bitzer said although 2020 was a presidential year and a different political climate, this year’s primary is likely to follow the same key trends.

“In the Republican primary you had about 75% registered Republicans and 25% unaffiliated. The Democratic primary was a 70/30 split,” he said.

Voting patterns of those registered as unaffiliated show a trend of partisan loyalty, with most choosing to vote in the same party primaries over the last two presidential cycles.

“What that tells me is those folks, at least over those two presidential years, probably are respective partisans, they just don’t want the label,” Bitzer said.

Despite their increase in registration, unaffiliated voters continue to fall behind in turnout, even as turnout in North Carolina has jumped over the past several cycles. “They are consistently the lowest turnout.”

Meanwhile, since 2010, registered Republicans have consistently had a higher registered voter turnout rate than any other group. Democratic numbers tend to hit the statewide average in turnout, while Republicans over-perform.

In 2020’s huge turnout Democrats were again the statewide average of 75%, while Republican turnout hit 81%.

Democratic primary voters are slightly younger with an average age of 53 in 2020, while GOP voters average age was 58.

The two parties continue to diverge widely on race. Bitzer said he expects the GOP primary electorate to be overwhelmingly white, around 95%, while Black voters will make up a third of the Democratic voters, raising the party’s percentage of all voters of color to 40%.

It’s to early to say what turnout will look like in the general election, but Bitzer said he doesn’t see anything to convince him recent voting will change.

“I think this is going to be a Gen X and older, skewed electorate, unless there is a real targeted effort to particularly hit millennials,” he said. “The millennials now are 24 to 41,  they’re into adulthood. They had an increase in 2020 over their 2016 numbers, but nowhere near what boomers did. So you still got this turnout disparity among voters under the age of 40 in comparison to voters over the age of 60.”