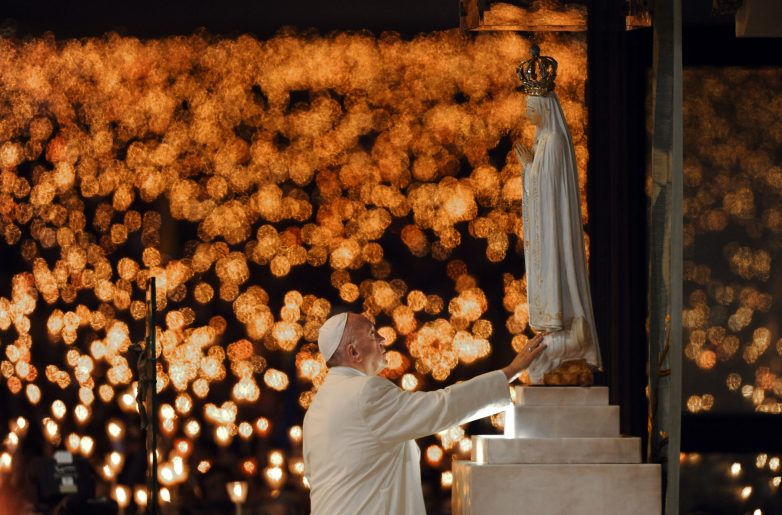 ROME (AP) — Pope Francis presided Friday over a special prayer for Ukraine that harked back to a century-old apocalyptic prophesy about peace and Russia that was sparked by purported visions of the Virgin Mary to three peasant children in Fatima, Portugal, in 1917.

Francis invited bishops, priests and ordinary faithful around the world to join him in the consecration prayer, which opened Friday with Francis entering St. Peter’s Basilica before an estimated 3,500 people, including cardinals, ambassadors and pilgrims.

To hammer home its universal nature, the Vatican translated the text of the prayer into three dozen languages. Retired Pope Benedict XVI was participating and an envoy of Francis was celebrating a simultaneous service at the Fatima shrine itself.