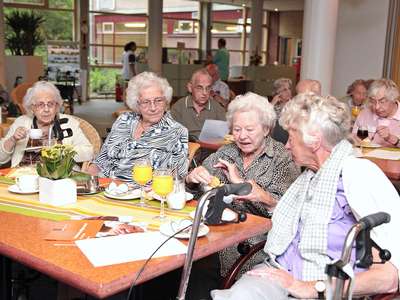 In September 2020, federal regulators determined that residents of the Lillington nursing home Universal Health Care were in “immediate jeopardy,” the most serious warning status issued by the federal Centers for Medicare and Medicaid Services, regulators announced recently.

That designation became part of the reason that Universal Health Care, along with nine other North Carolina nursing homes, appears on the CMS list of the state’s worst-performing skilled nursing facilities.

In one incident, cited on May 31, 2020, a resident of Universal Health Care who had tested positive for COVID-19 went for nearly 11 hours without being checked by a nurse, despite breathing problems that had previously put him in the hospital. After that delay, it was too late; the resident was dead, according to a terse report from inspectors.

“Emergency Medical Service’s record dated 5/31/2020 revealed they arrived at the facility at 6:42pm on 5/31/2020 to find resident #1 cold, absent of pulse, absent of spontaneous respirations, with pupils fixed and dilated at 4mm,” the report stated.

In their report, inspectors found that the Lillington nursing home had failed to:

The finding of “immediate jeopardy” describes the situation in which a facility clearly hasn’t done its job, according to CMS. This designation means that the facility has “placed the health and safety of recipients in its care at risk for serious injury, serious harm, serious impairment or death.”

It’s the kind of incident that can give a nursing home the unwelcome distinction of appearing on a list for a category CMS refers to as “special focus candidates.” The only appearance that’s more negative is to be on the special focus list itself.

The Citadel of Salisbury is the only North Carolina nursing home to appear in special focus status in the most recent CMS list. The status means the Citadel at Salisbury is under the gun, or in the words of CMS’s rating site Nursing Home Compare: “The facility is subject to more frequent inspections, penalties of escalating size, and the possibility of losing Medicare and Medicaid funding.”

If some of the incidents took place in September a year ago, why would a nursing home appear

on the candidates list now? That’s part of the point, according to CMS:

“Such facilities with a ‘yo-yo’ or ‘in and out’ compliance history rarely address underlying systemic problems that give rise to repeated cycles of serious deficiencies, which pose risks to residents’ health and safety.”

Along with listing the low-performing facilities, the feds take notice when a nursing home performs better and is removed from the candidate list, as they did with Accordius Health at Clemmons.

This article first appeared on North Carolina Health News and is republished here under a Creative Commons license.