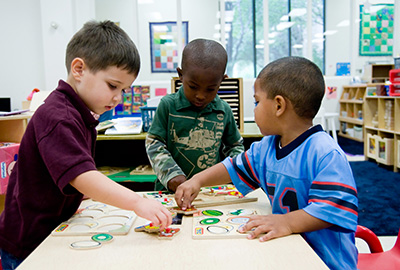 An economist explains why investments in childcare and eldercare could aid the U.S. economy

Inflation is by far the biggest economic concern facing the U.S. economy today. While job growth is historically rapid and survey evidence indicates that workers think now is the best time in years to find a good job, the inflation surge has kept this labor market strength from translating into higher wages and incomes for most households.

The most well-known tool to restrain inflation —higher interest rates engineered by the Federal Reserve — is potentially very costly if it leads to higher unemployment and a weaker labor market.

Given all of this, policymakers should look for any tool that can help restrain inflationary pressures without causing significant collateral damage. One such tool could be investments in child care and elder care. By subsidizing families’ use of child care and elder care and providing direct investments to providers, such investments could boost future labor supply by allowing working-age parents and children who want to look for paid employment to do so while remaining confident their family members are receiving care. Further, these investments can help dampen inflationary pressures, which rising wages could in theory contribute to, even well before they fully take effect.

To understand why, one must realize that developments in the labor market will likely determine just how easily (or not) inflationary pressures can be lowered in the next year or so. The inflationary spike that began in 2021 didn’t start in the labor market; it started in commodities and in supply-chain-snarled durable goods sectors where wage growth was actually slower than in other parts of the economy. But going forward, whether or not the Federal Reserve needs to start applying ever-stronger medicine (with deeply damaging side effects) to slow inflation depends on what happens in labor markets. Specifically, it depends on whether or not the initial inflationary shock leads to unsustainably large wage increases that push up inflation even further, leading to wage-price spirals of the sort that characterized the 1970s.

Wage growth data released April 1 in the monthly jobs report is mildly encouraging on this front. Despite a torrid pace of job growth as the economy continues to rebuild from the pandemic shock, wage growth actually decelerated a bit, rising at a 5.0% annualized rate in March, compared with 5.6% growth over the past year. Given the 7%-8% pace of inflation in recent months, this means wage growth is actually dampening, not amplifying, other sources of price pressure.

But whether the labor market will continue dampening inflation is a key uncertainty over the next year. A crucial determinant of wage pressure over that time will be how fast labor supply rebounds from its pandemic decline. Relative to pre-pandemic months, the overall labor force participation rate is down a full percentage point (which translates into roughly 2.5 million potential workers) and even labor force participation among workers 25-54 is down half a percentage point (indicating that it is not demographic changes alone dragging down the overall rate). If this missing labor force returned relatively quickly over the next year, this could greatly ameliorate fears of too-tight labor markets feeding a wage-price spiral.

Shifting expectations about the labor supply

The Federal Reserve has the most control of inflationary expectations, both through its words and its actions. However, there are progressive fiscal policies that can nudge expectations of labor supply upwards. The primary effect of these policies—such as child care and elder care investments—provides U.S. families more options and better lives, but the added effect of boosting expectations of labor supply growth means that now would be a great time to undertake them.

The evidence that such care investments boost labor supply (predominantly of women) over time is very solid. Of course, even if such programs were passed today, the investments would take some time to come fully online—child care centers must be opened or expanded and extra workers must be hired to provide the services. Given this lag, some have argued that they might not provide much relief for today’s inflation. But, today’s inflation isn’t really the problem. All of the macroeconomic debate about what the Fed should do hinges on the role of expectations over the rest of 2022 and into 2023.

If the consensus was that the Fed could keep interest rates steady and unemployment low and we’d see a consistent deceleration of inflation over the year, nobody would be calling for steep and rapid rate hikes today. The case for steep and rapid rate hikes is all about signaling that inflation will be reeled in, which changes expectations about what wages and prices are likely to look like in three, six or 12 months from now as workers and employers bargain over wages and firms decide on prices. If these expectations include a growing inflow of workers newly freed to job-search as care investments are made, this could reduce how much inflation-fighting we need to do simply by slowing spending.

The even better news about how dramatically expectations of labor supply might shift is that comprehensive care investments could lead us to exceed pre-pandemic labor supply. Labor supply of U.S. women has severely lagged many of our rich industrial peers. Much of this lagging performance is likely driven by the underinvestment in progressive family policies in the United States.

There are very few options for reining in inflation and changing expectations going forward that don’t carry some steep downsides. But investments in care are an exception. Will they be a complete game-changer on inflation over the next 12 months? Maybe not, but they could help a lot. Even if they don’t work wonders as inflation-control policy, that’s not their main job. They will work well in making U.S. families’ lives better and more manageable, and that’s hugely valuable in its own right.

Josh Bivens is the director of research at the Washington, D.C.-based Economic Policy Institute (EPI), which first published this essay. His areas of research include macroeconomics, fiscal and monetary policy, the economics of globalization, social insurance, and public investment.