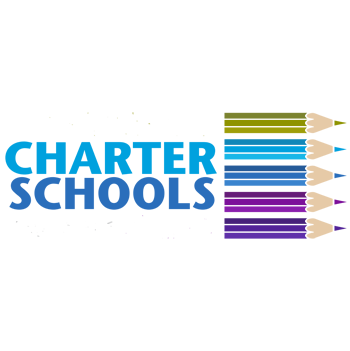 A charter school Tony Riddick plans to open in Perquimans County and name after his mother, Elaine Riddick, the best-known victim of North Carolina’s now-defunct eugenics program, has hit a snag because of his relationship with Don McQueen, the operator of Torchlight Academy in Raleigh.

“Students who are disadvantaged because of the educational system should be allowed a choice,” Riddick said, voice growing shrill, during an October Charter School Advisory Board meeting. “In Pasquotank, in Perquimans, we fail the children by not giving them a choice.”

Last month, the Charter School Advisory Board voted down Riddick’s fast-track application to open the school in August 2022. The board found that McQueen’s non-compliance with federal rules for exceptional children at Torchlight Academy and Three Rivers Academy in Bertie County is significant enough to deny the application.

Tony Riddick
“The current non-compliance status would make it impossible for us to agree today for you to partner with Torchlight,” Advisory Board Chairwoman Cheryl Turner said during the board’s November meeting.

Policy Watch has requested a letter from the U.S. Department of Education that the Office of Charter Schools provided the Board regarding Torchlight’s compliance issues. Neither McQueen nor Riddick could be reached for comment.

On Wednesday, the State Board of Education received the charter board’s recommendation to table the fast-track application. It will decide next month whether to follow it. Being “fast-tracked” means charter school applicants can skip the normally requisite planning year.

Schools that are not approved during the fast-track process don’t proceed into the regular charter school application process, noted Amy White, who chairs the State Board’s Education, Innovation and Charter Schools Committee.

“So, their application for this year is done [if not approved by the State Board], correct?” White asked Dave Machado, director of the Office of Charter Schools for the NC Department of Public Instruction.

“That is correct,” Machado responded.

The SBE previously approved a one-year delay in opening the school because its building was not ready, the school had not met enrollment requirements, and there were unresolved issues related to insurance.

Approximately, 1,800 children are currently enrolled in Perquimans County’s public schools, so the loss of 225 students, or about 12.5% of enrollment, would be felt severely by the district.

At a November Advisory Board meeting, Riddick was reluctant to sever ties with McQueen despite tough questions by board members about Torchlight’s non-compliance issues and a discussion about a contingency plan to move forward without the management company.

Riddick insisted that Torchlight is part of a formula he’s developing to create a successful charter school that can be replicated in North Carolina’s other 99 counties.

As Policy Watch has previously reported, the leaders of the former Essie Mae Kiser Foxx Charter School in East Spencer would likely disagree with Riddick’s assessment of Torchlight. The school’s charter was revoked this year, and its leaders blamed McQueen for its closure.

McQueen’s management firm was hired in 2018 to help run the school. Essie Mae struggled academically, financially and operationally almost from the time it opened.

A year later, it received permission from the State Board to terminate its management agreement with Torchlight. Tina Wallace, who chaired the school’s board, accused McQueen of poor fiscal and operational management. The Charter School Advisory Board eventually revoked the school’s charter after it failed to submit the required financial audits for 2019 and 2020.

McQueen has also had a tough go of it at Three Rivers Academy, a school he took over via a contentious assumption as part of a private management group called Global Education Resources. The group dissolved, leaving McQueen to manage it alone.

Three Rivers was previously called Heritage Leadership Academy. The school lost its charter due to low academic performance and non-compliance with charter rules and regulations. It has earned state letter grades of either D or F from 2015-2019.

Anne White, chairwoman of the Perquimans Board of Education, shared her concerns about Torchlight in an Aug. 30 letter to Machado.

“A review of Torchlight’s performance data is alarming,” White wrote, adding that nearby traditional schools have outperformed McQueen’s schools.

Inspired a tragic past

Elaine Riddick became pregnant after being raped by a neighbor when she was 13 years old. The doctor who delivered Tony Riddick sterilized Elaine without her consent. The state declared her mentally deficient, or “feebleminded” as it is recorded in official state records, and thus unfit to parent a child.

“They convinced themselves that my mother was feeble-minded and that she would produce an offspring of feeble-minded children,” Riddick shared with the Advisory Board.

Elaine Riddick went on to graduate college and so did he, Tony Riddick said. Tony Riddick worked for top companies in Silicon Valley and ran his own company, achieving millionaire status by age 32, he said.

Riddick explained that he quickly noticed educational disparities in the county when he moved home in the early 2000s.

A threat to traditional public schools

Despite Riddick’s passion for the charter school and the children of Perquimans County, county superintendent Tanya Turner and the Perquimans County Board of Education contend the school would do more harm than good.

Turner submitted an impact statement that shows the district would lose $591,120 in state federal and local funding if the charter opened in the small, rural county. By Year Five, the losses would grow to more than $1 million annually as more students enrolled in the charter, the impact statement said.

“Unfortunately, a fiscal loss of this magnitude could result in a Reduction in Force (RIF),” Turner wrote. “According to County Manager Frank Heath, this loss of funding could have a substantial impact on the tax rate of all citizens of Perquimans County.”

In May, Policy Watch reported on the devastating financial impact charters can have in small, rural communities. Granville County Schools have been especially hard hit by enrollment losses due to an influx of charter schools in the region. The district has closed schools to offset the losses.

Turner also took issue with Riddick’s claim in his charter application that there is a 32.5-point achievement gap between white and Black students for “College and Career Readiness as measured by end-of-grade tests for grades 3-8″ in the county.

“Contrary to this information, the gap between black and white students is actually smaller at Hertford Grammar School than the state,” Turner wrote.

Based on college and career readiness data reported by the state, Turner said the gap between white and Black students on grades 3-8 reading tests was 31.1%, while it was 26% at Hertford Grammar School. Smaller gaps than reported by Riddick also exist for math scores, she said.

Cheryl Turner, the Advisory Board chairwoman, said she is resolute in her belief that quality educational options are needed in counties such as Perquimans.

She said the charter board aggressively encourages people interested in providing such options to submit applications.

“We are very focused on trying to make sure these options are available all over the state,” Turner said. “We realize that it is more difficult to try to run a [charter] school in a small, rural county because the finances of it is difficult.”