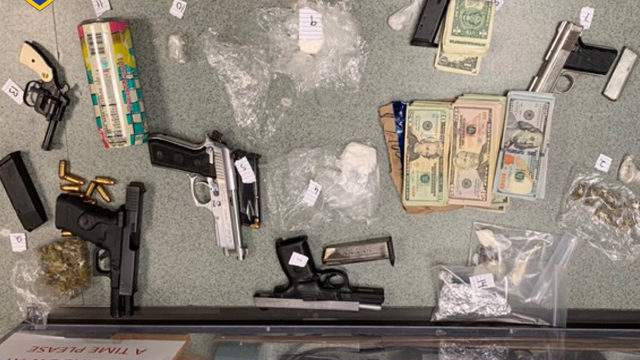 Within days of RC Catalyst’s introductory article into corruption within the Rutherford County Sheriff’s Office, the narcotics team – comprised largely of deputized federal officers – began detaining and arresting individuals demanding information as to what specific members of the team that has assembled to stop the apparent racketeering enterprise at the Sheriff’s Office “know,” “who [they] have talked to,” and “what is happening.” During these interrogations, the narcotics team indicated that they are attempting to determine “how to deal with” these individuals. To date, RC Catalyst has spoken with three (3) individuals who were subjected to this line of questioning.

The narcotics team (often referred to as the “black team”) is led by Chad Murray of the Rutherford County Sheriff’s Department. As noted in the previous article, the most salient factor as to whether deputized local officers exploit and abuse their federal authority is the background, character, and honesty in apprising the deputized officer’s supervising federal agent.

Murray’s past and present behavior (as will be described in detail in the following articles) include a nearly decade-long history of federal lawsuits claiming use of excessive force, steroid abuse (according to several current Sheriff’s Deputies), inappropriate sexual conduct with women (including colleagues, defendants, and confidential informants), planting drugs on suspects, theft of cash and other assets from countless individuals in the community, and tampering with evidence.

Through Murray’s leadership, the entirety of the black team has deemed it permissible to engage in many of these same practices.

MURRAY’S LEADERSHIP, TEMPERAMENT AND DISREGARD FOR CITIZENS OF THE COMMUNITY ON DISPLAY

On Wednesday, September 9, 2020, Murray, along with six (6) other officers in three (3) unmarked vehicles, entered a private drive of approximately 80 feet in length with no search warrant or arrest warrant.

As they approached the house at the end of the driveway, a 19-year old woman (who is six-month pregnant) and her 25-year old boyfriend were sitting in a vehicle next to the home. The vehicle had not been driven and the narcotics team was not on the property because of any incident involving the vehicle. The individuals in the vehicle had no outstanding warrants and neither individual was on probation. Both individuals have requested that their names not be disclosed publicly, though they will fully cooperate with any outside investigations involving the narcotics team.

Despite these facts, Murray and Officer Wiseman (a narcotics team member and deputized federal agent) exited their vehicles and Wiseman immediately drew his firearm – aiming it directly at the vehicle. As they began approaching the vehicle, the pregnant woman’s mother noticed what was occurring and began quickly walking from the residence to the vehicle, which was approximately ten (10) feet away.

The pregnant woman exited the vehicle and, with a gun still pointed at the vehicle, began walking to what she hoped would be the safety of her mother. At this point, Murray yelled that “you are not walking away from me,” grabbed the visibly pregnant woman’s arm and, after forcing her back toward him, immediately placed his other hand on her neck, after which he began a violent movement in an attempt to slam her face on the hood of the vehicle. As the pregnant woman screamed “who are you? What are you doing?,” both the woman’s mother and boyfriend begged him to stop, yelling “she’s pregnant.” Fortunately, the pregnant woman was able to deflect Murray’s movement and prevent her face from striking the vehicle.

The mother immediately demanded to know why the officers were present and, of equal importance, why they were pointing a gun at her child. Murray yelled that “he was not talking to” the mother and that the basis for aiming a gun at the two individuals in the vehicle was because he “could not see their hands.” To be clear, there is no legal justification for a law enforcement officer to unholster a firearm because of any inability to see the hands of anyone in a vehicle – particularly when there is no basis for suspecting the individual is dangerous.

At this point, Murray and the other officers had not yet identified who they were or why they were there. Yet, Murray proceeded to handcuff the pregnant woman who remained bound throughout the remainder of the 45 minutes to 1-hour long encounter.

After repeated demands for answers as to why the officers were present, Murray finally stated that he was there to speak with the pregnant woman about a case. Murray, however, refused to identify what case or what issues he was allegedly there to discuss. Rather than inform the restrained pregnant woman as to why she was being detained, Murray proceeded to search the vehicle.

The mother continued demanding answers and, when Murray again yelled “I’m not talking to you” in response, she asked Murray for his name, along with the name of the other officers. At that point, Murray identified himself but stated “I’m not telling you anything. If you want their names, you can ask them yourself.” The mother did ask for each officer for their names, as well as what law enforcement team they were associated with. Three (3) of the officers were on the narcotics team and the remaining four (4) were on the interdiction team.

As Murray continued scouring through the vehicle, the mother repeated her demand for an explanation for why the officers were there. Murray responded with a taunt that the mother “stop trying to act like a lawyer.” At that point, the mother repeatedly demanded that Murray and his team leave the property and, after Murray refused to comply, the mother informed Murray that she was calling her attorney. Remarkably, when the mother stated the attorney’s name, the officers quickly huddled, began whispering, and immediately left the property. Murray and the other officers present never provided a reason for the intrusion on private property or the detention of the two individuals discussed above.

While the attorney identified by the mother would not discuss this matter with RC Catalyst, the inappropriate conduct involved in this situation raises questions as to whether Murray was, once again, detaining individuals in an effort to determine what certain individuals know about the narcotics team’s misconduct, who has provided information about these issues, and what is happening as to the prospect of their actions coming to light, being investigated, or leading to prosecutions by outside investigatory entities.

The individuals involved in this incident described the situation as “unbelievable,” “an absolute nightmare,” and expressed disbelief as to the hostile, rude, and intimidating nature of Murray’s behavior. The mother emailed Sheriff Chris Francis complaining about the officers descending on her property, pointing a gun at her child, and forcibly restraining her daughter without so much as providing a reason for the assault. Sheriff Francis has not responded.

As will be explored in subsequent articles, Murray’s apparent fear that the unlawful actions of him and his team may be coming to light are well-founded.