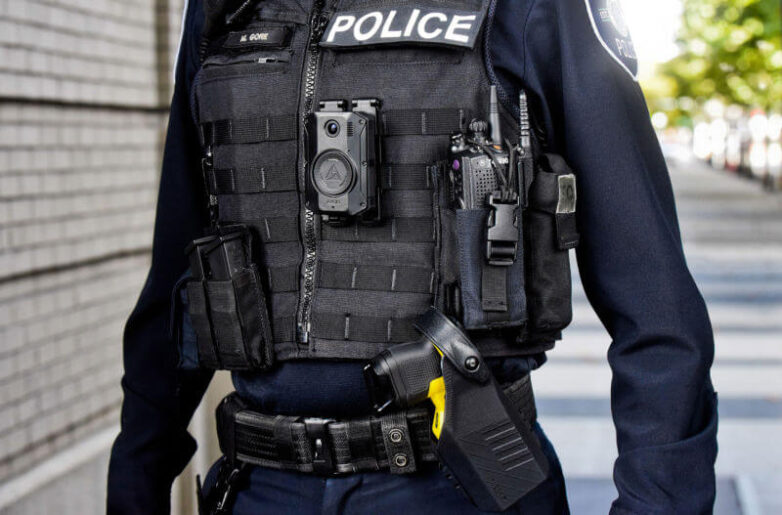 At 8:30 a.m. Wednesday, Pasquotank sheriff’s deputies shot and killed Andrew Brown Jr. while serving a warrant at a residential address in Elizabeth City, according to the county’s sheriff.

Now, Elizabeth City residents are protesting and demanding the release of the footage from the officers’ body cameras, which the sheriff says were turned on.

But under a state law passed in 2016, the only way for the sheriff’s office to release the video to the public is by a court order. Any person, including the news media, may seek the release of the video from a Superior Court judge, according to the UNC School of Government.

Carolina Public Press is coordinating with several other news organizations to request the video. A similar coalition of newsrooms successfully sought the release of body cam and security footage last year in the death of John Neville in Forsyth County Detention Center, and judges have ordered similar releases of videos on several occasions.

“We know people want to see the body camera footage. It is reasonable for people to ask to see it, because such video can help provide key context about what happened in incidents like this. However, under North Carolina law, police body-worn camera footage is not a public record and cannot be released to the press or public without a court order.”

The statement also said officials are working to arrange a viewing of the video for Brown’s family. Per state law, the family has a right to request to see the video. It is at the agency’s discretion whether or not to disclose it.

Brown’s family will not be able to record or copy the video, but they will be able to speak to the press and public about what they see.

In Neville’s case, after the family saw the video, they told the press and the public that Neville said he could not breathe 24 times before he went unconscious. That insight spurred more public interest in the case, and lawyers then used that information to encourage the judge to disclose the videos.

Pasquotank Sheriff Tommy Wooten, the county attorney and the district attorney will be able to argue their positions in court about releasing the videos.

“As a leader in this county, I’m committed to being transparent to the people I serve,” Wooten said in a video press release Thursday night.

The Superior Court judge who hears the case will have complete discretion on whether to release the videos in full, in part or not at all, based on eight criteria, including advancing a compelling public interest.

The DA’s office, the county attorney and the sheriff can all make statements in court about whether they support or oppose any part of the video’s release. None have said yet what their position would be in court.

The Dare County Sheriff’s Office also had deputies on the ground, according to the State Bureau of Investigation. The Dare sheriff’s office did not respond to questions for this story.

In one Facebook Live video, a law enforcement officer identifies himself as a Perquimans County sheriff’s deputy. It is not clear how many other jurisdictions were involved in serving the search warrant and the arrest warrant for Brown. Wooten mentioned but did not identify the multiple participating agencies.

In his press release, Wooten said that it was his deputies who shot Brown and recorded the incident on their body-worn cameras. Whether other law enforcement agencies will take a position on the release of the footage remains unclear.

In the Neville case in Forsyth, Sheriff Bobby F. Kimbrough Jr. called for the release of the video. The judge in that case, in his written order deciding to release the video, referenced “significant local, state and national public interest” in matters related to in-custody deaths.

Brown was shot and killed by sheriff’s deputies just 15 hours after Derek Chauvin, the Minneapolis police officer who killed George Floyd by kneeling on his neck for over nine minutes, was convicted of murder and manslaughter.

“If evidence shows that any of my deputies violated the law or policies, they will be held accountable, because that’s what the citizens expect me to do and it’s the right thing to do,” Wooten said.

Jordan Wilkie is a Report for America corps member and is the lead contributing reporter covering election integrity, open government, and civil liberties for Carolina Public Press. Email jwilkie@carolinapublicpress.org to contact him.