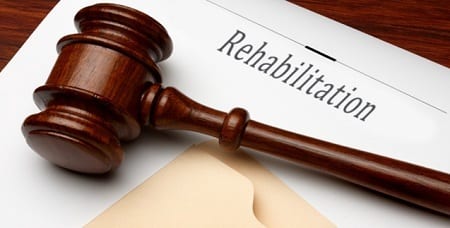 While sentencing a meth addict to a recovery facility instead of prison seems like a good choice to benefit both society and the addict, sometimes it is not.  Having worked at a recovery center to collect data on outcomes, a preliminary conclusion is that the best outcomes come to those who choose to go to or embrace rehab.

Last year in an interview with a now sober young couple, the woman’s account of her experience of a court appointed facility, Recovery Ventures, sounded more like being in a work camp with long hours, isolated strict environment, and no pay.  Even though the facility purported to have a phased program of progression , according to both there was little recovery there.

As the story was unveiled, there seemed to be some questionable activity in regards to sentences in rehab centers.

The thin attractive woman, represented by a defense attorney, was offered a plea bargain by District Attorney Ted Bell, and she accepted those terms when facing Judge Randy Pool. In effect, the agreement allowed the substitution of one year in a specific recovery center as a substitute for two years of active prison time.

However, Judge Pool and Suzy Bennett, then Director of RVC Women’s Recovery, discussed changing the plea agreement and attempted to force our interviewee to stay for an additional five (5) years. Ms. R was a hard worker and peer leader who rebelled from time to time by breaking the rules. Yet she turned down the facility’s offer to become a staff member.

Judge Pool’s discussing a plea outside of court is a violation of the Judicial Canons of Ethics, a complete subversion of R’s right to due process, as well as very likely a criminal offense.

RVC refused to provide R’s defense attorney his client’s records which were needed to prepare for the next hearing.

Recent investigations have exposed exploitative sexual behaviors targeting vulnerable women throughout Rutherford and McDowell Counties.  Many other government officials it seems, attorneys, bondsmen, and police officers were involved in both the drug trafficking/money laundering activities and, to varying degrees, sexual exploitation of women in the legal system who were drug users on the streets.

Now disbarred attorney Marvin Sparrow and former judge Pool were also allegedly assisting one another to force women to engage in sexual activities with both men, and appearing to exploit their roles in the legal system to accomplish those ends, along with a number of other troubling activities. 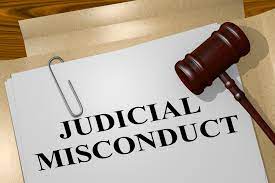 District attorney, Ted Bell, only charged Sparrow with a minor offense appearing to immunize Sparrow from further charges if any other state agency were to try and charge him.  At the time, the district attorney’s decision struck those in the legal community here as strange, but it wasn’t until the same district attorney charged one of the first victims that exposed Judge Pool’s conduct that many of the other issues began to surface.

Judge Pool, it seems, attempted to conceal and destroy evidence, lied to investigators, and, though this part is still a bit uncertain, utilized someone (presumably from law enforcement) to erase every communication Judge Pool had ever sent or posted on Facebook when Judge Pool took down his Facebook social media account.  This destroyed all messages to every one of his victims, as well as destroyed communications he was having with one of the most well-known and well-protected drug traffickers in this part of the state. 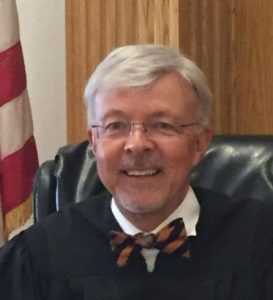 Significantly, there was another victim trying to come forward in 2017.  As he attempted to do in this case, Judge Pool allegedly utilized his connections with the then-McDowell County Sheriff Dudley Greene to immediately attempt to intercept this woman, threaten her, and successfully silence her.

However there may be help for those who attended work rehabs.

There’s a lawsuit about this type of rehab that similarly hires out its associates without any pay to the workers. They work long hours and receive questionable treatment in return. RVC states that it is a self-sustaining facility .This time the lawsuit is against another rehab nearby called Recovery Connections Community. One of its founders is Jennifer Warren, the former therapeutic director at Recovery Ventures. The suit complains of therapeutic practices similar to the 2007 case (reference), and patients are seeking back wages for the time they worked without pay. The practices at Recovery Connections Community were the subject of earlier reporting by the program Reveal by the Center for Investigative Reporting.

Clermont Ripley with the North Carolina Justice Center is one of the attorneys representing the former patients. One goal of the suit she said is to clear up the discrepancy between state rules which say patients can’t get money for their work and federal labor laws that establish minimum wage standards.

“Hopefully, we will get a judge to clear it up and make it really clear that when somebody works they are supposed to get paid for their work. And then it is their decision what to do with that money they are receiving,” she said.

Ripley hopes in addition to getting her clients their back pay, a ruling will impact other therapeutic communities operating the same ­way.

This egregious case is among the many contained in a ring of corruption within Rutherford and McDowell Counties.