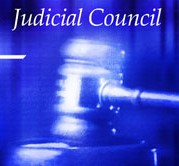 There have been many questions regarding the recent actions of NC Judicial District 29A – Prosecutorial District 41 – (Rutherford & McDowell Counties) judges, Tommy Davis, Robert Martelle, Ellen Shelley, to recuse themselves from the cases represented by two local attorneys- Krinn Evans and Andrew LaBreche. The McDowell County Clerk of Court, Melissa Adams, has also recused herself of hearing Evans’ cases while Michelle McEntire has recused from LaBreche’s cases.

According to NC General Statutes, recusals require a reason to be stated. The NC School of Government outlines this requirement as follows:

Procedure for Raising Disqualification. For criminal cases, G.S. 15A-1223 provides that a party’s motion to disqualify a judge must be submitted in writing, must have supporting affidavits, and must be filed at least five days before the trial unless there is good cause for delay. The failure to follow those rules can be the basis for denying the motion. State v. Poole, 305 N.C. 308, 321 (1982).

Yet no reasons have been written or provided publicly as to why these judges recused. Given that the North Carolina State Constitution guarantees all individuals – including attorneys – the right to the free and open access to courts, the seemingly punitive actions of the judges and clerk to exclude two attorneys from utilizing the courts raise a number of serious concerns, particularly when these actions were taken without providing any reasons and without cause.

The judges have rescinded their recusals against Evans after a private meeting where they stated the Evans had done NOTHING wrong but that the discussion could not be made public.

In a comment obtained from Evans, he explained that “the recusals that occurred, while not the main reason, were definitely a factor in my decision to run for District Attorney.  My opinion then, as it continues to be – is that if these actions could happen to a long-standing member of the judicial system; what could happen to someone with limited knowledge of the workings of the court in addition to possible economic or financial barriers?”

Likewise, LaBreche has also engaged in no unlawful actions.  The public should ask, ‘Why not rescind recusals for LaBreche?’

In response to a request for comment from LaBreche, he stated that “the basis for the recusals, as we now understand them, include unlawful seizures of attorney-client privileged and/or protected information from a number of my clients that identified, in detail, a pattern of unlawful actions involving a number of the judges, at least one attorney, and several deputies from the Sheriff’s Office.”  LaBreche also noted that Judge Tommy Davis, who was implicated in the unlawful actions included in the unlawfully seized electronic communications, signed the warrant used to obtain the information at issue.  The employment of one at least of the deputies responsible for these seizures – Sergeant Chadd Murray – has now ended, according to LaBreche.

Although LaBreche indicated that he could not yet provide additional details, as he and others will be initiating civil litigation as soon as this coming week against the deputies responsible for seizing attorney-client privileged information, including Sheriff Chris Francis, as well as claims against District Attorney Ted Bell and the recusing judges who unlawfully reviewed that information and took retaliatory actions in an attempt to prevent that information from becoming public.

LaBreche did, however, indicate that the recusals against Evans were particularly egregious, as Evans’ name was never even mentioned in the attorney-client privileged information seized from LaBreche’s clients.  According to LaBreche, the recusals against Evans “appeared to be taken because of the frantic nature of the judges and [District Attorney] Ted[ Bell]’s efforts to prevent the information they seized from being provided to outside investigators or the media.”

One of the issues in this confidential material involved an investigation into the existence of the Judicial Council and the occurrence of a specific Judicial Council meeting that was concealed from the public.  RC Catalyst has previously discussed HERE.

As previously reported, Judges Tommy Davis, Robert Martelle, Ellen Shelley, and Michelle McEntire (who appears to have joined the Judicial Council based on her participation in the recusals) are members of the Judicial Council, which, among other things, is known to have taken retaliatory actions against individual and attorneys that they consider “problematic.”  It is not known whether Judge Corey McKinnon has participated in the Judicial Council.

Without providing any reasons for their recusals, it appears that these members of the Judicial Council have, once again, engaged in targeted retaliatory conduct toward attorneys who have engaged in no improper, unlawful, or even unethical conduct.

Currently, the court continues to have to obtain the services of an outside judge, continues to inconvenience defendants, judges and attorney, and continues to create a shadow over the recusals and in particular, Mr. LaBreche, who has done nothing wrong.

Judge Robert Martelle who replaced Judge Pool is responsible for the scheduling of an outside judge. There have been several occasions where a defendant has been called and charged with failed to appear when a recused judge was on the bench when the case was called.  Obviously the case was not going to be heard that day and would be continued by the court.

In the coming elections for our district’s judges, the voters may wish to require answers before showing any support of these particular candidates.

Regarding Judge Pool’s criminal activities – Could these recusals be retaliatory since both Evans and LaBreche are players in revealing the actions of former Judge Pool?

Were these recusals in retaliation of the political pushback against Governor Roy Cooper’s appointment of Michelle McEntire to the vacant position of judge? Sources who were victims have said that they reported Pool’s inappropriate actions to her, but that McEntire did nothing.

At a local meeting, the comments of a political influencer (and a political supporter of McEntire) in Marion were revealed that the motivations for these recusals was “to put these two attorneys out of business” as they were making too much money and both had come off of the court appointed list.

The censure of former Judge Randy Pool revealed what appear to be criminal acts committed by Judge Pool as can be seen HERE , but District Attorney Ted Bell declined to press any charges. There have been over 31 reports of individuals who were being pressured into sexual situations with Pool and, as uncovered by RC Catalyst, those are not all of the women Judge Pool targeted.

Yet Bell has pressed extortion charges against Jennifer Tierce, one of Pool’s alleged victims, who is represented by defense attorney Krinn Evans. That case is scheduled to be heard in September 2021.

LaBreche has been instrumental in gathering and presenting the evidence of sexual abuse from the victims of Pool.
The public deserves answers to these questions. Or is this just a political move from the judges and clerks?

However, RC Catalyst has information of the alleged incident that served as the impetus for these recusals and will report on this in a follow-up article.